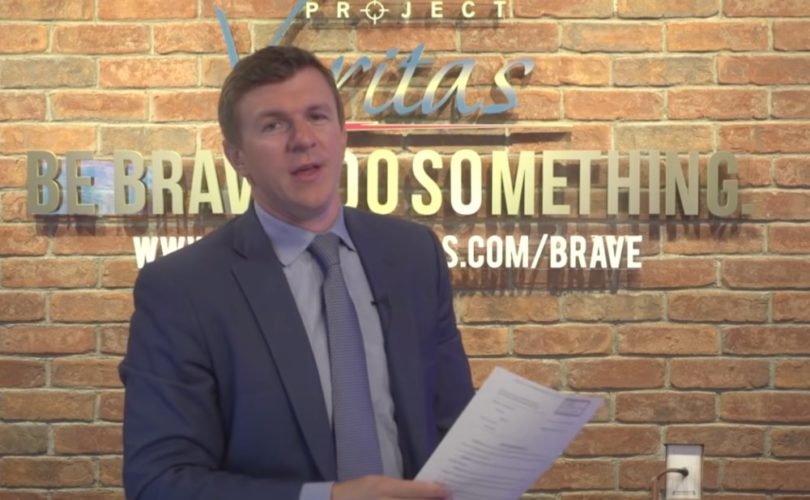 As LifeSiteNews covered in April, Apple, Google, and Microsoft have all come forward to reveal that the Biden administration Department of Justice (DOJ) secretly sought payment information, browsing history, and other personal information on Veritas journalists as well as the journalists’ security detail.

The situation stems from a November 2021 FBI raid on the homes of current and former Veritas journalists in a search ostensibly for a diary that may have been owned by presidential daughter Ashley Biden. The group’s founder, James O’Keefe, said they were given the diary late in the 2020 presidential campaign but opted not to pursue the story since its authenticity could not be verified. Veritas never reported on the book’s contents, and O’Keefe maintains that Biden family representatives declined their offer to return the diary (which would have confirmed it belonged to Ashley Biden), so the group gave it to law enforcement.

Even the ACLU, normally a far-left organization, said it was “deeply troubled” by the Justice Department’s “secret electronic surveillance,” and on May 13 asked Torres for permission to file an amicus letter in support of unsealing the affidavits used by the DOJ to obtain the secret subpoenas it issued to the tech companies.

On Tuesday, Torres granted the request, giving the federal government until June 24 to respond.

“This is a landmark case of government overreach, made even more egregious by its direct assault on the First Amendment,” Veritas attorney Paul Calli argued in a motion filed this month, containing evidence that the FBI recognized that Veritas qualified as “news media” despite arguing the group was not entitled to any journalistic privileges. “Line prosecutors and FBI case agents do not get to decide who is entitled to free speech rights and other protections guaranteed by the First Amendment.”

Last November, The New York Times published an article accusing Veritas of occupying a “gray area between investigative journalism and political spying,” and purported to back up that thesis by citing “internal documents,” including “a series of memos written by the group’s lawyer” regarding how to ensure its undercover operations, which entail journalists misrepresenting themselves and surreptitiously recording subjects, remain on the right side of the law.

The Times’ publication of privileged attorney-client communications sparked outrage among conservative legal analysts, as well as disturbing questions as to how the paper obtained those communications in the first place, with many suspecting the FBI leaked them after acquiring them during the raid. Judge Torres agreed that the matter posed “potential First Amendment concerns.”

Project Veritas, which specializes in undercover videos targeting various left-wing political and media institutions, has been a recurring target over the years of Democrats and their allies due to the revelations of its investigations, including on the efficacy of the COVID-19 vaccines, radicalism in public education, election fraud in government agencies, dishonesty and bias from mainstream press outlets, and discrimination by social media giants.