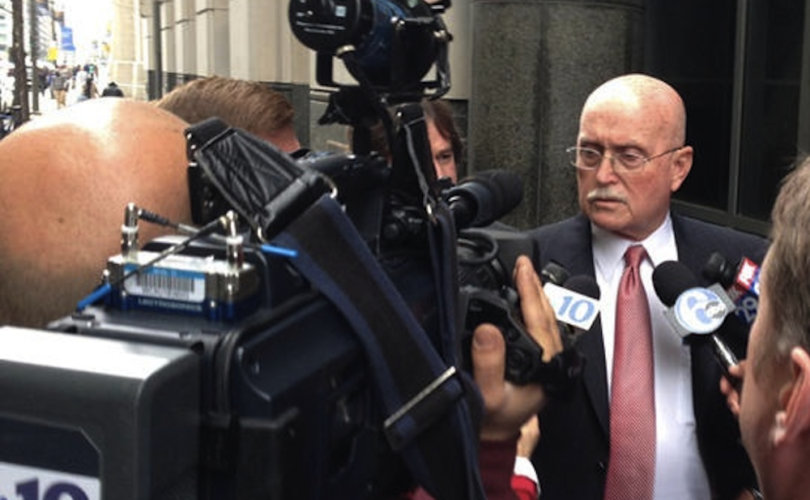 PHILADELPHIA, Pennsylvania, June 27, 2017 (LifeSiteNews) — The judge in the Kermit Gosnell trial is suing his critics for inflicting emotional and psychological harm.

Judge Jeffrey Minehart has filed a defamation lawsuit against husband and wife documentary filmmakers Ann McElhinney and Phelim McAleer over their book, Gosnell: The Untold Story of America’s Most Prolific Serial Killer. McElhinney and McAleer are also finishing a movie based on their book.

In addition to monetary compensation, Minehart is trying to stop the sales of the book and the release of the movie, Gosnell: America’s Biggest Serial Killer.

Minehart says his integrity has been slandered by McElhinney and McAleer’s book.  Specifically, Minehart charges:

Minehart says his “impeccable reputation has been irreparably damaged,” and as a direct result he has suffered emotional and psychological harm. He accuses the authors of “acting in reckless disregard and purposeful disregard of the truth, and thus with actual malice.”

Also named in the lawsuit are the book’s publisher, the Salem Radio Group, and conservative radio stations that gave the book promotional attention.

For a judge to sue critics is “extremely unusual,” according to M. Kelly Tillery of the Pepper Hamilton law firm. First of all, judges are supposed to be “above the fray.”  Secondly, judges are public figures and therefore the legal standard for success is very high.

The U.S. Supreme Court ruled in 1964 (New York Times v. Sullivan) that for public figures to be defamed they must prove conscious malice “knowing the information is false,” or prove a “reckless disregard of the truth.” Tillery says those legal standards are “incredibly hard to reach.”

Gosnell was convicted in 2013 not only of illegal late-term abortions and of involuntary manslaughter in the killing of adult patient Karnamaya Mongar but of first-degree murder for three of the countless infants that were born alive before he “snipped” their spinal columns at the neck. He was sentenced to life without the possibility of parole.

Gosnell: America’s Biggest Serial Killer was crowd-funded online through public donations. The film is highly anticipated by pro-lifers but blacklisted by Hollywood distributors.

Actor Earl Billings (of What’s Happening! fame) is cast as the convicted abortionist and mass baby killer Gosnell. Dean Cain (Superman in the TV series Lois and Clark) plays Detective James Wood. Sarah Jane Morris of Brothers and Sisters is cast as the Assistant District Attorney and Michael Beach (Sons of Anarchy) as the District Attorney.