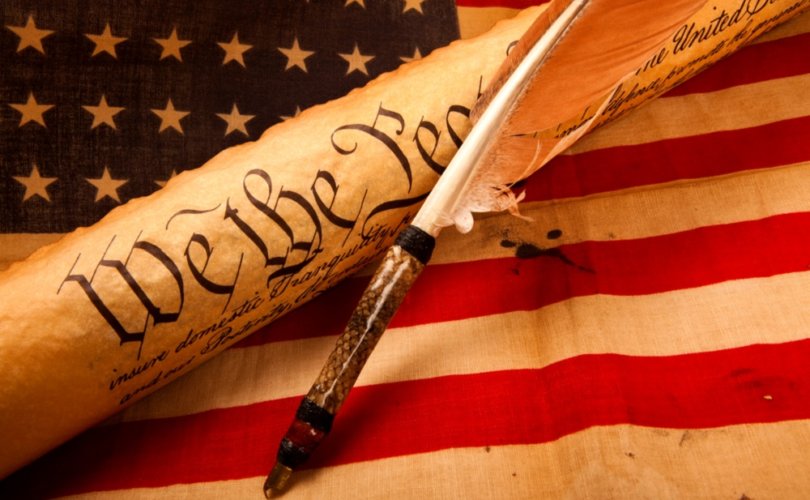 (LifeSiteNews) – Judge Ketanji Brown Jackson has stated in writing that she does not hold a position on whether individuals possess natural rights.

A written question posed by U.S. Sen. Ted Cruz of Texas to the Supreme Court nominee after her confirmation hearing asked, “Do you hold a position on whether individuals possess natural rights, yes or no?”

Jackson responded, “I do not hold a position on whether individuals possess natural rights,” as a screenshot highlighting her answer, shared by Ed Whelan, the Antonin Scalia chair in Constitutional Studies at the Ethics and Public Policy Center, shows.

Remarkably, the question directly followed a request that Jackson explain in her own words “the theory prevalent among members of the Founding Fathers’ generation that humans possess natural rights that are inherent or inalienable.”

Jackson responded that this theory was reflected in the Declaration of Independence, which states “We hold these truths to be self-evident, that all men are created equal, that they are endowed by their Creator with certain unalienable Rights, that among these are Life, Liberty, and the pursuit of Happiness.”

Twitter user Rochelle Wentz remarked, “I find this more disturbing than her refusal to define what a woman is.  If everything is ‘fluid,’ including our most basic rights, then there is no truth except the truth people in power determine ‘for’ us. Scary times.”

Nate Madden, communications director for U.S. Rep. Chip Roy, noted, “There is no Constitution without natural rights. If you can’t even say they exist, you have no business interpreting it.”

Jackson has also been castigated by conservatives for saying she does not know when life begins, and for claiming she could not define what a woman is.