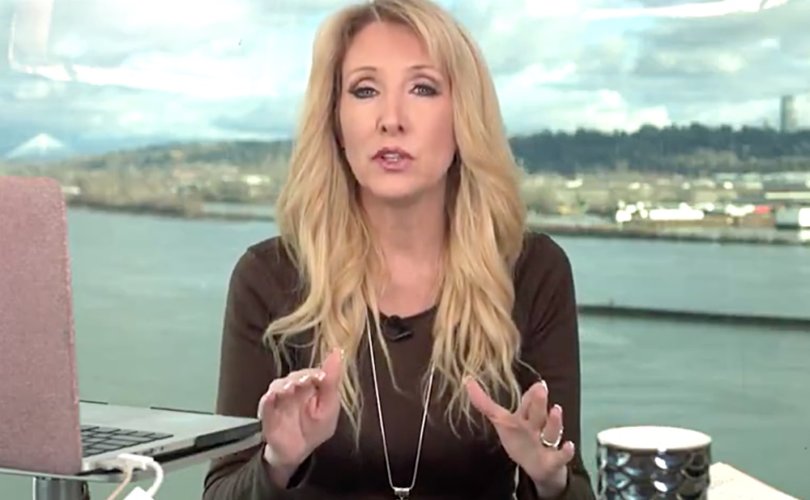 VANCOUVER, British Columbia, February 18, 2020 (LifeSiteNews) — A British Columbia judge warned a dad fighting to stop doctors backed by courts from “transitioning” his 15-year-old child from female to male to abide by a previous gag order or face a contempt of court charge.

B.C. Supreme Court justice Michael Tammen similarly warned Christian blogger Laura-Lynn Tyler Thompson, who was summoned to court Feb. 12 along with the father for allegedly breaching a publication ban after she posted her hour-long interview with him online the week before.

Vancouver transgender activist Jenn Smith was also hauled into court for alleged breaches of the publication ban in an action brought against the trio by lawyers for the daughter, reported the Vancouver Sun.

Tammen ordered Smith to cancel his online interview with the father, scheduled for that evening, and ordered Thompson to remove her video from the internet.

Tammen warned the three that if they committed further breaches of the court orders, the lawyers for the daughter — who include “queer” activist Barbara Findlay — could bring a contempt of court action against them.

Thompson told LifeSiteNews before she went into court that morning that the “atrocity” of LGBT activists pushing “transitioning” on vulnerable children compelled her to engage in civil disobedience.

“We are not going to be silent about what they are doing to our beautiful British Columbia children, and the only way that this keeps going is that everyone stays silent,” she said.

The father’s case received international attention last February when B.C. Judge Gregory Bowden ruled that his refusal to refer to his daughter as a boy and his efforts to oppose her “transition” constituted “family violence.”

The father had gone to court to stop his daughter’s scheduled hormone injections, arguing that his child, who has suffered emotional distress and depression since her parents separated in 2013, lacked the maturity to understand the radical and long-term consequences of such injections, and that she had been unduly influenced by transgender activists.

In April, Judge Francesca Marzari issued a protection order at the behest of the daughter’s lawyers forbidding the dad from speaking to the media, and from referring to his daughter as a girl or using female pronouns when referring to her, under penalty of immediate arrest and jail.

This January, the B.C. appeal court ruled that the father had not committed family violence and mitigated the previous rulings by supplanting them with conduct orders, which do not carry the threat of arrest and jail on violation.

But the appeal court’s conduct orders still directed the father to refer to his daughter by her preferred male name and with male pronouns, and not to speak to any media.

These orders expire April 15, 2020 — unless the daughter’s lawyers apply others.

However, remaining “indefinitely” in place is the sweeping publication ban forbidding the publication of any information that could identify the parties in the case.

That includes not only the father, the mother (who supports her daughter’s “transition”), and the child, but the Vancouver psychologist and LGBT activist who counseled the girl at age 13 to “transition” to a “boy.”

The father filed a complaint against the psychologist (referred to as IJ in the court documents) with the College of Psychologists of British Columbia last April, alleging that IJ unethically and unprofessionally led his child to seek a “transition.”

The ban also protects the identity of the pediatric endocrinologist at the B.C. Children’s Hospital who counseled the girl to begin hormone injections and told the father in December 2018 his daughter was old enough to decide to “transition” without his consent.

All this resulted in Thompson, Smith, and the father ending up in court after the dad identified himself, and the doctors, by name during his interview with Thompson.

That constituted “willful” breaches of the ban, according to one of the daughter’s lawyers, Sarah Chaster, the Vancouver Sun reported.

An interview with the dad posted February 7 was removed two days later after a request from the teen’s lawyers, but then the father talked to Thompson, giving her details of the case and referring to his child as his “daughter.”

That video has been removed from Twitter and YouTube after lawyers contacted those companies but is still online, Chaster told the court.

Thompson told LifeSiteNews that activist Smith, a man who presents as a woman but does not claim to be one, was accused of violating the ban with some articles he posted, but Smith argued that these pre-dated the order.

Smith also defended freedom of speech, telling the judge, “You’re compelling someone to speak lies,” according to Thompson.

When it was Thompson’s turn to speak in court, she said she “threw” herself “at the mercy of the court and that I was here not to disregard authority, but that I stand for the protection of children,” she told LifeSiteNews.

When she was done, the supporters in the courtroom burst into applause, which drew a sharp reprimand from the judge, Thompson said.

She especially objects that the publication ban protects the identity of the LGBT activist psychologist who is pushing “transition” on “thousands of kids” with impunity, she said.

Carey Linde, one of the father’s lawyers up to last month’s appeal decision, told LifeSiteNews that the publication ban originally didn’t cover the doctors but was extended to include them after the story broke and they claimed in court they were getting threatening emails.

Linde was at the courthouse on Wednesday and described “all of the lawyers on the other side, and there were seven women all dressed in black,” as “living in a bubble” with their fixation on trying to prevent information on the case becoming public.

“The whole world knows who these people are,” Linde said. “It’s nuts, it’s absolutely nuts. You start diddling around with freedom of speech, and you have unexpected consequences all over the place.”

Kari Simpson of Culture Guard, one of the first to bring attention to the father’s plight, posted a video from the courthouse. She told LifeSiteNews she plans to file a court challenge to the publication ban within a couple of weeks.

Appeal court rules father must refer to teen daughter as ‘him’