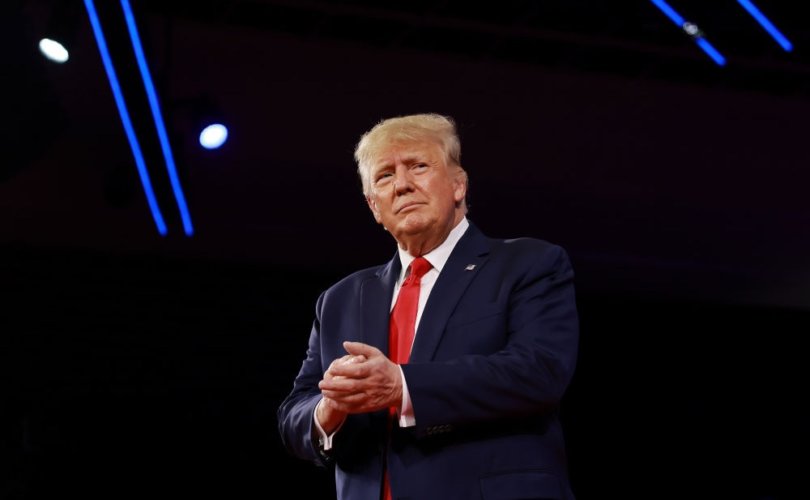 (LifeSiteNews) — A federal judge on Thursday ordered the FBI to release the search warrant affidavit used in the August 8 raid on former U.S. President Donald Trump’s Florida home. The move comes after Trump filed a separate lawsuit against the Department of Justice (DOJ) on Monday in a bid to obtain an inventory and audit of the items taken during the unprecedented raid.

In the order, Reinhart said the federal government must release the affidavit but explained it “has met its burden of showing a compelling reason/good cause” to redact parts of the document that “would reveal the identities of witnesses, law enforcement agents, and uncharged parties, the investigation’s strategy, direction, scope, sources, and methods, and grand jury information.”

Judge Reinhart had previously signed off on the search warrant itself, and later ordered the document be unsealed after a DOJ filing.

USA Today reported that since prosecutors have not released details regarding the documents and items seized by federal officials during the raid, “[t]he affidavit could shed light on what FBI agents were looking for and why.”

However, it’s unclear how much relevant information will remain in the released affidavit after the redactions.

Reinhart himself had previously warned that censorship of key details would render release of the affidavit “meaningless,” The Hill reported.

“I cannot say at this point that partial redactions will be so extensive that they will result in a meaningless disclosure, but I may ultimately reach that conclusion after hearing further from the government,” he wrote Monday.

DOJ National Security Division official Jay Bratt reportedly told Reinhart the affidavit would need to be so heavily edited that it wouldn’t “edify the public in any meaningful way,” USA Today reported.

The decision to release a version of the Mar-a-Lago search warrant affidavit, albeit an edited one, comes after Trump filed a separate lawsuit against the DOJ earlier this week.

In the lawsuit, titled Trump v. United States Government, the former president requested a full inventory and audit of those items taken from Mar-o-Lago during the FBI raid.

“To date, the government has failed to legitimize its historic decision to raid the home of a President who had been fully cooperative,” the lawsuit states.

“Law enforcement is a shield that protects Americans,” the lawsuit continues. “It cannot be used as a weapon for political purposes. Therefore, we seek judicial assistance in the aftermath of an unprecedented and unnecessary raid on President Trump’s home at Mar-a-Lago, in Palm Beach, Florida.”

In a statement released after the filing of his lawsuit, Trump said the “Mar-a-Lago Break-In, Search, and Seizure was illegal and unconstitutional,” and hinted at a future presidential run.

The former president said his team is “taking all actions necessary to get the documents back, which we would have given to them without the necessity of the despicable raid on my home, so that I can give them to the National Archives until they are required for the future Donald J. Trump Presidential Library and Museum.”