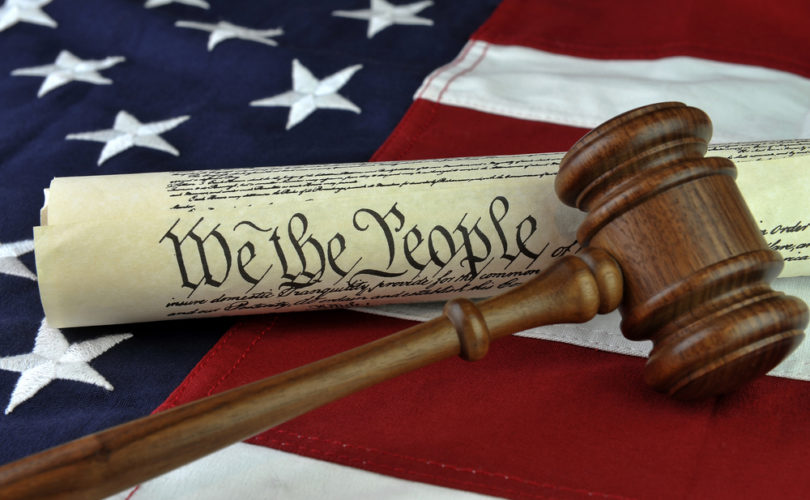 ST. LOUIS, Missouri (LifeSiteNews) – Thomas More Society attorneys won a victory in court for several pro-life organizations in the City of St. Louis. The United States District Court for the Eastern District of Missouri has declared a city ordinance intended to make St. Louis a “Sanctuary City” for abortion to be unconstitutional and violates several Missouri state statutes, including the Missouri Religious Freedom Restoration Act.

In May 2017, the Thomas More Society sued the City of St. Louis for violating the rights of a home for pregnant women, a group of Catholic grade schools, and a for-profit holding company and its Catholic owner. St. Louis’s unconstitutional ordinance extended protected class status based on “reproductive health decisions,” requiring pro-life organizations to hire abortion proponents and rent to abortion clinics and required non-religious employers to cover or pay for abortions through their employee health plans.

Judge Audrey Fleissig found that the ordinance violated the First Amendment rights of Our Lady’s Inn and the Archdiocesan Elementary Schools of St. Louis by compelling the pregnant women’s home and the group of Catholic grade schools “to employ or house individuals who advocate for or perform abortions,” practices that are contrary to the missions of both organizations. On September 30, 2018, Fleissig issued a Memorandum and Order that, “the forced inclusion of individuals who do not share Our Lady’s Inn’s commitment against abortion would significantly affect the ability of Our Lady’s Inn to advocate for its services and encourage women to forgo abortion.”

Judge Fleissig similarly found the housing and employment provisions of the ordinance unconstitutional as applied to the Catholic archdiocese and its schools, noting that “[t]he forced inclusion of teachers or other staff who do not adhere to [their Catholic, pro-life] values would significantly affect the Archdiocesan Elementary Schools’ ability to advocate their viewpoints, through its teachers and staff, to their students.”

Additionally, Judge Fleissig found that the ordinance was unlawful as applied to Frank O’Brien, CEO of O’Brien Industrial Holdings, because it interfered with his “exercise of religion” under the Missouri Religious Freedom Restoration Act. She recognized that the ordinance “fails to exempt employers like the O’Brien plaintiffs from providing health care benefits covering abortion, contraception, or sterilization, in direct violation of the Missouri Act.”

Thomas More Society Special Counsel Sarah Pitlyk was satisfied with the ruling. “This law that claims to protect abortion supporters from discrimination is actually an attempt to suppress the viewpoint of those who believe that abortion is harmful or wrong by making it impossible for them to operate in accordance with their beliefs within the City of St. Louis,” Pitlyk explained. “We are especially pleased with the Court’s acknowledgement that there is no evidence whatsoever of the kind of discrimination that this ordinance purports to address, because it exposes the law for the sham that it is. It’s unfortunate that it took a lawsuit to vindicate the fundamental rights of St. Louis citizens, but the St. Louis Board of Aldermen has now been made aware that it is unconstitutional to require pro-life organizations to hire or rent property to abortion proponents, and that it is illegal to require pro-life employers to include abortion coverage in their employee health plans.”