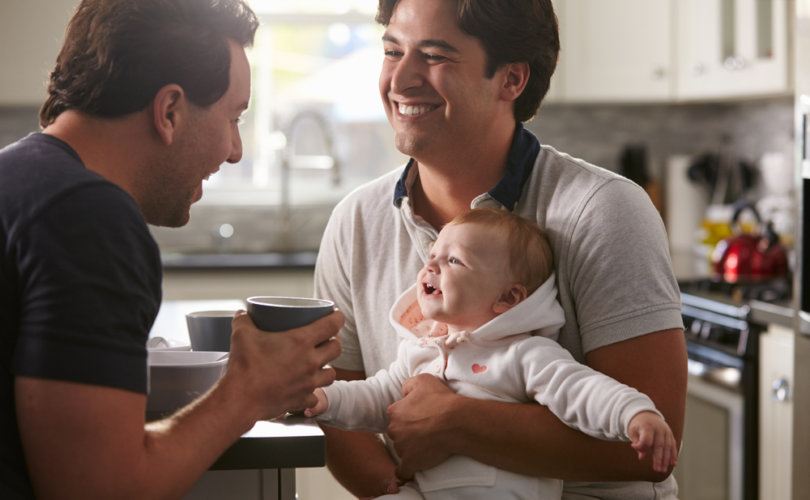 May 5, 2017 (LifeSiteNews) — A Kentucky family court judge won’t hear adoption applications by “practicing homosexuals” because he believes such adoptions are never in the child’s best interest.

Judge W. Mitchell Nance released an order April 27 stating he’s ethically required under the state’s judicial code of conduct to recuse himself from cases where he has a “personal bias or prejudice.”

He wrote that he believed as “a matter of conscience” that “under no circumstance” would “the best interest of the child … be promoted by the adoption” by a “practicing homosexual.”

And because his “conscientious objection to the concept of adoption of a child by a practicing homosexual” could be seen as a “personal bias or prejudice,” Nance disqualified himself from hearing all such cases.

Nance’s order was sent out to all attorneys in Metcalfe and Barren counties and directed them to inform the court when they had adoption applications by homosexual parties so another judge could take the case.

“It's preemptive in nature. I wanted to preempt there from being any uncertainty if the situation arose,” Nance told the Glasgow Daily News.

As there are two divisions on the Kentucky circuit, the cases that Nance won’t hear will go before First Division Judge John T. Alexander, who does not share Nance’s objections.

“If we are going to let liberal judges write their personal biases and prejudices into law, as we have done on issues of marriage and sexuality, then, in the interest of fairness, we are going to have to allow judges with different views to at least recuse themselves from such cases,” said spokesman Martin Cothran in an April 28 press release.

But others have denounced Nance’s order as suggesting he’s unfit for office.

“The bottom line is if this judge can’t fulfill his duties because of his personal biases, he should resign,” Dan Canon, a Louisville lawyer who campaigned for homosexual “marriage” in the state, told the Louisville Courier-Journal.

Chris Hartman, director of the Kentucky Fairness Campaign, told the Courier-Journal much the same: “If he can’t do the job, he shouldn’t have the job.”

Nance “has taken an oath to uphold the law, which by virtue of the equal protection clause does not tolerate discrimination on the basis of race, religion or sexual orientation,” Geyh told the Courier-Journal.

“If he is unable to set his personal views aside and uphold the law — not just in an isolated case but with respect to an entire class of litigant because he finds them odious — it leads me to wonder whether he is able to honor his oath.”

But Family Foundation’s Cothran says Nance has a right to his beliefs.

“When adoption agencies abandon the idea that it is in the best interest of a child to grow up with both a mother and father, people can’t expect judges who do believe that to be forced to bow the knee,” he stated.

“Judges have a right of conscience like everyone else.”

Nance is reputedly deeply religious and against divorce, and he confirmed to the Courier-Journal that he requires both parties see him even if a divorce is uncontested. He offers them condolences “because something very joyful has turned out to be a matter of grief.”

But Nance did not engage in discussion of the merits of his order.

“I stand behind the law I have cited, the matter of conscience I addressed and the decision I have made,” he said.