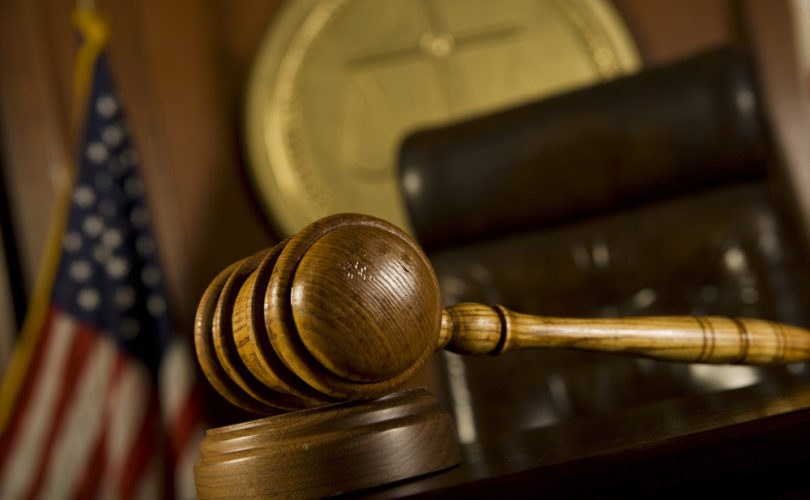 SAN FRANCISCO, December 16, 2015 (LifeSiteNews) – The Ninth Circuit Court of Appeals handed the ACLU a legal loss Tuesday, refusing to reinstate a lawsuit striking down an Arizona law that prohibited aborting a baby because of the child's race.

The ACLU's attempted lawsuit was against Arizona's Susan B. Anthony and Frederick Douglass Prenatal Nondiscrimination Act, which requires abortionists to verify that clients are not committing sex-selection abortions or race-selection abortions.

The ACLU filed the suit on behalf of the National Association for the Advancement of Colored People (NAACP), claiming that a ban on racist abortions is itself racist.

“The Ninth Circuit has rightly upheld the district court's decision to dismiss their lawsuit,” Alliance Defending Freedom senior counsel Steven H. Aden explained. “Nothing about an abortion committed on the basis of sex, or race, is medically necessary, or constitutionally protected.”

“Preserving the life of all babies, regardless of their sex or race, should be everyone's priority,” Aden added. “Sadly, it wasn't, for the ACLU and the NAACP.”

Alexa Kolbi-Molinas of the ACLU argued that the pro-life law – which protects babies from abortion over race or gender – “stigmatizes” women of color. She says the law is unconstitutional.

The lawsuit claimed that the ban against racist and gender-based abortions “is a blatant violation of equal protection and the prohibition against state laws that discriminate on the basis of race.”

Keeping in mind the growing number of immigrants from China – whose “one-child policy” has resulted in female gendercide on a massive scale – and statistics showing a strikingly disproportionate number of minority abortions, State Senator Rick Murphy (R) helped pass the pro-life law.

State Rep. Steve Montenegro (R-Litchfield Park) sponsored the law, explaining, “There are communities that the abortion industry targets.” Montenegro cited studies showing that Asian women often decide to abort after being told they are going to have a girl.

“We know that people from those countries and from those cultures are moving and immigrating in some reasonable numbers to the United States and to Arizona,” State Sen. Murphy explained. “With that in mind, why in good conscience would we want to wait until the problem does develop and bad things are happening and then react, when we can be proactive and try to prevent the problem from happening in the first place?”

The law makes it a felony for an abortionist to kill a baby in the womb “knowing that the abortion is sought based on the sex or race of the child, or the race of a parent of that child.”

Arizona is the first state in the nation to ban racist abortions. There is no record of anyone having been charged under the 2011 law or of any woman being denied an abortion.

Abortion supporter Miriam Yeung, executive director of the National Asian Pacific American Women's Forum, charged that the protective law “suggests that women of color cannot be trusted to make sound decisions about our own bodies.”

The law was upheld by Appellate Judge Richard Clifton, who said there is no evidence that the law is being applied in a discriminatory manner, targeting only certain groups.

Last year, U.S. District Court Judge David Campbell ruled that abortionists have no right to challenge the law, because the law has not resulted in any individual injury. So the ACLU argued that women have been injured by not being allowed to abort their babies for being black or female.

Kristan Hawkins, president of Students for Life of America, told LifeSiteNews, “Abortion for these reasons is the height of discrimination against an innocent baby, because of its gender or race.”

“Planned Parenthood's founder Margaret Sanger was a eugenicist herself and wanted to terminate babies of other races,” Ms. Hawkins noted, “so is it any wonder why her organization today – and their allies – have no problem supporting abortion on demand for any reason, even if for a specific race or gender?”

Ms. Hawkins continued, “Abortion advocates want to bolster the bottom line and sell as many abortions as possible, regardless of the reasons why a woman chooses it.”

The pro-life leader concluded, “Instead of offering alternatives, the abortion industry wants unfettered access to terminate the lives of pre-born babies for any reason whatsoever.”

Who’s the racist now? ACLU sues to allow abortions based on gender and race