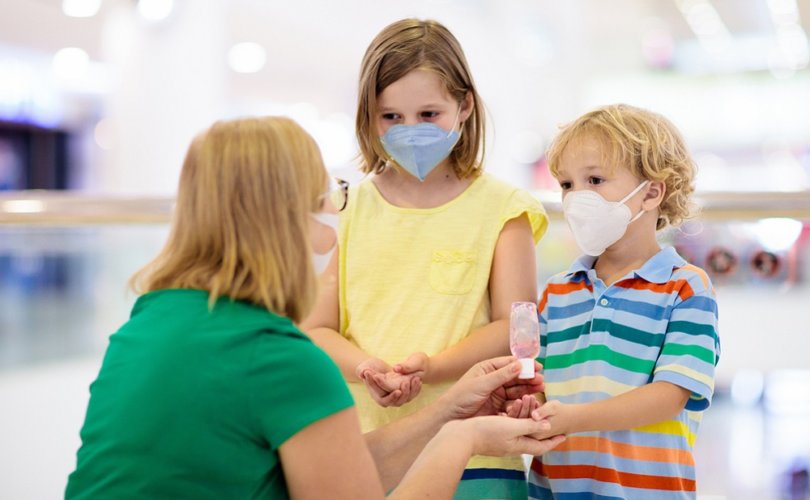 STROUD, Oklahoma, April 6, 2020 (LifeSiteNews) — A divorced mother has alleged that a judge ordered her children removed from her custody because she works in a medical clinic and might expose them to the coronavirus.

The woman, Katie Spencer of Stroud, Oklahoma, declared in a March Facebook posting that this is “a heads up to nurses, doctors, firefighters, police officers, and other first responders who have children and sneaky exes.”

“Watch your backs!” she added.

“The police showed up on my doorstep at 10 PM and took my kids from me because I WORK IN A CLINIC and a judge signed off on this because of my ‘exposure to the coronavirus,’” explained Spencer.

The story is a little messier than what first meets the eye.

Spencer’s ex-husband, Raymond Sellers, had filed an “Emergency Motion to Modify Custody and for Pick-Up Order Due to Respondent Spencer’s Exposure to Coronavirus.”

The order, signed by a Sac and Fox Nation District Court judge, states: “The Court takes judicial notice there is at present no vaccination, though children are generally less susceptible to the virus’ effect it is highly contagious and lethal.”

“Combined with the pre-existing health issues of one of the minor children and a proffered history of alleged neglect by the Respondent Spencer (mother),” continues the order, “the Court finds that it is in the best interests of the minor children of this above-styled matter for an ex-parte order for the children to be immediately picked-up and placed into the custody of the Petitioner Sellers (father).”

Spencer denied the allegation of child neglect, emphatically stating on Facebook that she does not have a history of abuse, but that her former spouse does.

“I do NOT have a history of abuse, he does though,” said Spencer on Facebook. “His current girlfriend and I have both had VPO’s for domestic abuse by strangulation against him and she has had him arrested in Oklahoma County for it.”

A VPO is a “victim protective order.”

“I also have NO history of neglecting my children,” she reiterated.

A local news outlet, Oklahoma’s News 4, said that while the judge assigned to the case had declined to be interviewed on camera, he suggested that misinformation had been circulating about the details of the case.

“It’s difficult for me to foresee a scenario where just because someone works in the medical field, that’s a viable reason to take away their kids,” Oklahoma City family law attorney Brian Putnam told KFOR.com, Oklahoma’s News 4.

Putnam said there are likely other circumstances that helped the judge come to his decision and pointed out that the order cites the mother’s proximity to the coronavirus, not her place of employment.

“Oklahoma has an enormous medical community so if you play that out to its logical conclusion, everybody in the medical field would be at risk of losing their kids in a custody battle just because they work in a medical facility,” said Putnam.

The coronavirus is complicating already trying child custody issues, with kids increasingly put in the middle of battles, according to a report by the OC Register. Divorced parents are using the coronavirus outbreak to withhold visitation from their non-custodial counterparts.