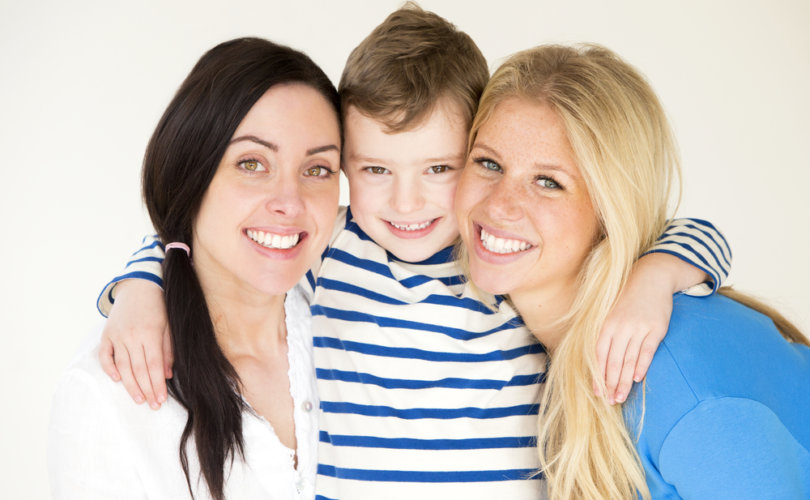 MOAB, UT, November 12, 2015 (LifeSiteNews) – A Utah judge has reportedly removed a foster child from a lesbian couple, citing research that shows children raised by homosexual couples do not fare as well as those raised by heterosexual families.

In August, a one-year-old girl was placed in their care as part of the state's foster program. The women hoped to adopt her and say the girl's biological mother and the Utah Division of Child and Family Services (DCFJ) approve.

But 7th District Court Juvenile Judge Scott Johansen did not. In a court order issued yesterday, Judge Johansen said the child should be removed from their custody, because children raised by traditional parents do better in life.

The actual order has not surfaced. However, the story has gone viral on the strength of the couple's testimony and grief. The Salt Lake Tribune said that, while no reporter had seen Johansen's ruling, “a court spokeswoman confirmed its contents.”

According to the biological mother's attorney, Mandie Torgerson, the judge refused to name a specific report but instead said that a “myriad” of studies came to that conclusion.

Peirce said his ruling rested on nothing more than “a religious belief.”

Although unverified, their story has gone viral and generated sympathy in the highest political circles. Hillary Clinton tweeted today:

Being a good parent has nothing to do with sexual orientation—thousands of families prove that. https://t.co/xQLh25RAYR

Chad Griffin, the president of the Human Rights Coalition (HRC), a homosexual lobby group, called the ruling “sickening…outrageous, shocking, and unjust. It also flies in the face of overwhelming evidence that children being raised by same-sex parents are just as healthy and well-adjusted as those with different-sex parents.”

Children of gays and lesbians were more than four times as likely to report having been raped and up to 12 times as likely to have been sexually touched by a family member than those from intact heterosexual households, according to the most comprehensive study on same-sex parenting, conducted by Mark Regnerus.

Despite harsh backlash, the University of Texas at Austin dismissed charges that Dr. Regnerus “harbor[ed] anti-gay prejudices” because he is Catholic in 2012.

Homosexuals have a 50 percent higher likelihood of depression or substance abuse than heterosexuals. They are 200 percent more likely to commit suicide than their heterosexual counterparts. And in 2006, Dr. Lars Wichstrøm of Norway found that same-sex attraction increased the likelihood of bulimia and other eating disorders.

Children raised by depressed parents or alcoholics are at greater risk for a number of social ills themselves.

Nonetheless, some promote homosexual adoption as a way to give children a home. The HRC also notes that homosexuals are more likely than heterosexuals to adopt older children who are more physically developed but mentally immature. “Studies have also documented that LGBT adults are willing to adopt the very children most in need of homes and those who wait the longest in temporary foster care – those who are older and who may have special needs – and do so at a higher rate than non-LGBT adults,” the HRC said.

Torgerson and state authorities say they are likely to appeal the ruling. DCFS Director Brent Platt said, “If we feel like [Johansen's] decision is not best for the child, and we have a recourse to appeal or change it, we're going to do that.”

Obama to Supreme Court: 'Overwhelming expert consensus' gay parents as good as heterosexuals
Media still lying about Mark Regnerus' report
The vindication of Mark Regnerus
Mark Regnerus and the storm over his controversial gay parenting study
What you need to know about the Mark Regnerus study of homosexual parents