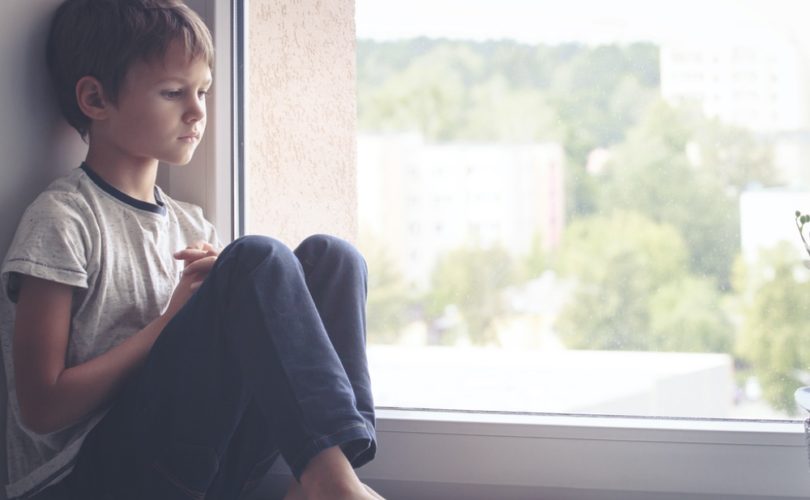 CHICAGO, IL (LifeSiteNews) — A judge has reversed his own order taking custody rights away from a mother who had not taken the COVID-19 jab.

Judge James Shapiro of Cook County vacated, or annulled, his August 10 decision on Monday. Shapiro had originally ordered that Rebecca Firlit could not see her 11-year-old son because she had not taken COVID-19 inoculations.

Annette Fernholz, Firlit’s attorney, confirmed to FOX32 that the order had been reversed. The reason for the judge’s second thoughts is unclear, since the document released by the court doesn’t give one.

Jeffrey Leving, the father’s attorney, told the Chicago Sun Times, that the new decision “unfortunate, ” and he is working to fight the new motion.

Firlit, speaking to the same outlet, said “I know that they’re going to say that I’m an endangerment to my son. This isn’t over for me.”

The mother had appealed the decision, but the document released by the court says that the appeal had nothing to do with the reversal. It explained that the decision was made “on the court’s own motion.” The law cited by the document states that “the court may modify a parenting plan or allocation judgment without a showing of changed circumstances if … the modification constitutes a minor modification in the parenting plan or allocation of judgment.”

Firlit’s custody battle continues as awareness of the dangers of the COVID  jab, and measures that governments and school boards are imposing, are increasing. Thousands of deaths and hundreds of thousands of adverse reactions to the experimental COVID-19 inoculations have been reported to the U.S. government’s own Vaccine Adverse Effects Reporting System (VAERS).

Many doctors and scientists, notably Dr. Peter McCullough and Dr. Byram Bridle, have argued that the COVID-19 vaccines are potentially harmful and not advisable for anyone except, at most, those most vulnerable to COVID-19, namely the elderly, the obese, and those with pre-existing conditions.

During a Zoom meeting held on August 10, Shapiro denied Firlit custody of her son upon hearing that she had not received the COVID-19 jab. Firlit, who has been divorced from the boy’s father for 7 years, said that the question came from nowhere. The mother said that she has had adverse reactions to other vaccines and, because of that, she was advised by her doctor not to take the COVID-19 injections. Shapiro then told her that she could not have custody of her son until she received the jab, something the boy’s father hadn’t sought. From that point Firlit could see her son only on video chat.

“I miss my son more than anything,” Firlit told FOX 32 Chicago, adding that she had not seen him since August 10

“It has nothing to do with what we talked about. [Shapiro] was placing his views on me and taking my son away from me.”

Her lawyer Annette Fernholtz said that the original decision was “wrong.” In her opinion, Shapiro did not have the authority to rule as he did.

“In this case you have a judge, without any matter before him regarding the parenting time with the child deciding ‘Oh, you’re not vaccinated. You don’t get to see your child until you are vaccinated,’” Fernholz said.

“That kind of exceeds his jurisdiction.”

She added that the boy’s father did not bring the issue up at court and stated, “So it’s the judge on his own making this decision that you can’t see your child until you’re vaccinated.”

Leving admitted to being surprised at the original decision although he supported it.

“There are children who have died because of COVID-19,” said Leving.

“I think every child should be safe. And I agree that the mother should be vaccinated.”

According to the CDC,  454 deaths of children in the USA have been attributed to COVID-19. However, the CDC’s Vaccine Adverse Event Reporting System has received 383 reports of myocarditis and pericarditis in vaccine recipients between the ages of 12 and 17 years old, with 379 cases attributed to Pfizer’s vaccine.

LifeSiteNews reached out to both Fernholtz and Leving but has not received a response.