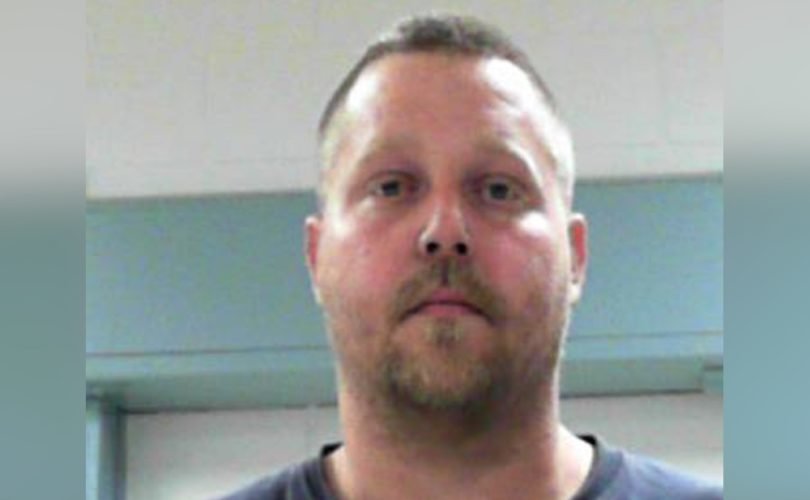 HUNTINGTON, West Virginia July 18, 2018 (LifeSiteNews) – A West Virginia man convicted of raping his own 11-year-old daughter will finally see time in prison, with a judge revoking his probation due to a subsequent offense.

Michael Joe Adkins impregnated his daughter in November 2010 and took her for an abortion in March 2011, as LifeSiteNews reported in 2014. He claimed the girl had miscarried and simply needed any fetal remains removed. He was charged with incest and, along with his then-wife Amanda (the girl’s stepmother), child neglect for “put[ting] her in extreme danger by letting her go through an unnecessary procedure,” West Virginia State Police Cpl. Marlene Moore said at the time.

This past Monday, The Herald-Dispatch reports, Cabell Circuit Judge Paul T. Farrell revoked Adkins’ probation and restored the original five to 15-year prison sentence that had been suspended by the plea deal.

Farrell made the decision after a string of offenses, including Adkins getting kicked out of his sex offender counseling program, multiple instances of driving without a license, failure to pay court fees, and allegations that he struck his girlfriend at least once. Probation officer Chris May confronted him about the assault claim in April and jailed him for five days.

Adkins’ attorney Connor Robertson claims that May not only failed to read Adkins his Miranda rights, but essentially committed entrapment by forcing him “to tell (the probation officer) what he wanted to hear, because the end result was he was promised to be let out of jail.”

Assistant Prosecutor Kellie Neal responded that May sincerely intended to release Adkins, but that was no longer an option after the assault allegations caused his therapy group to expel him. Ultimately, the judge agreed.

When the case originally went public, it highlighted the fact that West Virginia has no law mandating that abortionists report abortions on young girls for rape investigations, and allows abortion facilities to go largely unregulated.

“There is no state agency that specifically inspects clinics or facilities that perform abortion,” state Department of Health and Human Resources spokeswoman Marsha Dadisman said in 2013.

Through undercover investigations and media campaigns, the pro-life group Live Action has exposed the abortion industry's willingness to cover up sex abuse.