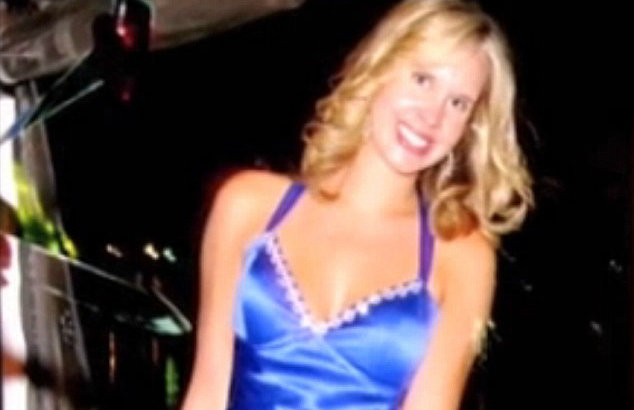 SAN FRANCISCO, October 1, 2015 (LifeSiteNews) – The family of a woman who died due to complications from the contraceptive NuvaRing is denouncing a court that dismissed their lawsuit against pharmaceutical giant Merck.

In a statement, the family of Erika Langhart accused the court of “putting money and profits before the very lives of innocent young women.”

“May God have mercy on your souls for allowing, and helping, these tragedies to continue,” the family said, according to KRQE News 13.

Langhart died in 2011 of two heart attacks related to four years of using NuvaRing. Her boyfriend found her in her Washington, D.C. apartment shortly before Thanksgiving. She died on Thanksgiving Day.

Her parents launched what became one of nearly 3,000 lawsuits against Merck representing 3,800 women who were allegedly harmed by using NuvaRing, including 83 who died. All of the lawsuits focused on accusations that NuvaRing's health warnings are inadequate.

The class action lawsuit was settled for $100 million, an amount Langhart's family rejected. A stipulation of the settlement was that 95 percent of families had to accept, or Merck would be able to walk away from the lawsuits.

The NuvaRing is made by Organan USA, which was bought by Merck in 2009. According to the NuvaRing website (graphic content warning), the device, which is inserted vaginally, should remain in a woman's body for three weeks at a time. The website says side-effects include blood clots, stroke, and heart attack, and among the most common side-effects are infections, headache, weight gain, and nausea.

Perhaps the most famous victim of the NuvaRing is Megan Henry, who was forced to skip the 2014 Winter Olympics due to blood clots in her lungs. She told The National Catholic Register last year that “Merck is getting away with murder.”

She said the company “should have been more honest with the dangers of NuvaRing, specifically by providing warning that represented the increased risk [of using the product] compared to other second- and third-generation birth controls” – including “doubling of the risks for blood clotting incidents,” she told LifeSiteNews.

Keller denied Henry's claim to LifeSiteNews, saying that “Merck has always acted responsibly with the marketing of NuvaRing, as we have with all of our medicines and vaccines.”

“All combined hormonal contraceptives, including NuvaRing and combined oral contraceptives, are associated with an increased risk of [VTE],” said Keller. A VTE is a “venous thromboembolic event,” which Keller says includes “deep vein thrombosis and pulmonary embolism.”

She cited a company study and a U.S. Food & Drug Administration (FDA) study she says “found that the risk of blood clots for new users of NuvaRing is similar to the risk for new users of” combined oral contraceptives.

However, an independent study published in the British Medical Journal concluded that users of NuvaRing had nearly double the risk of suffering VTE compared to users of second-generation contraception.

Keller also said “all [combined hormonal contraceptives], including NuvaRing, have a Boxed Warning on the increased risk of serious cardiovascular events.” She pointed to how “the FDA-approved patient information and the physician package labeling for NuvaRing” have provided such information “since the product was approved in 2001.” Keller says updates were made in October 2013 to account for how NuvaRing's new users are at “similar … risk [of blood clots]” compared to “new users of combined oral contraceptives.”

Many of the people who sued Merck were furious at the size of the settlement offer, saying it was too small. In 2013, Merck competitor Bayer AG agreed to a settlement worth more than $1.6 billion over accusations that its Yaz and Yasmin contraceptive pills caused blood clotting. The class action lawsuit was launched in 2008 and settled last June. The lead negotiator for the plaintiffs wrote last year that while he thinks the settlement is “an outstanding result and in the best interests of all the women who have suffered an injury associated with the use of NuvaRing,” between $30 million and $40 million will be spent on lawyer fees and expenses.

“It will be hard [to accept the settlement],” said Henry at the time. “A lot of families who lost daughters are just heartbroken. They feel they cannot morally accept the compensation, and other people just feel they cannot accept knowing that Merck is essentially getting away with murder.”

“But there is not likely to be any opportunity to fight this in the future,” she admitted. “It is a very tangled web. You either accept, knowing that Merck is able to keep this product on the market with no repercussions, or you don't accept, and they still win. They win either way.”

While the 95-percent threshold was reached last year, the Langharts rejected the settlement. Now, their case has been settled by the court.

Keller declined to comment for this story; she pointed LifeSiteNews to a statement issued by Merck on June 6, 2014, the day the settlement was accepted. In that statement, Merck defended both its product and the ethics of the company, though the statement did admit that using NuvaRing and other combined hormone contraceptives “is associated with increased risks of several serious side effects, including blood clots, stroke, or heart attack, especially in women with other risk factors for these events. Some studies suggest that the risk is increased by combination oral contraceptives containing desogestrel (etonogestrel is the biologically active metabolite of desogestrel); other studies do not support this finding.”