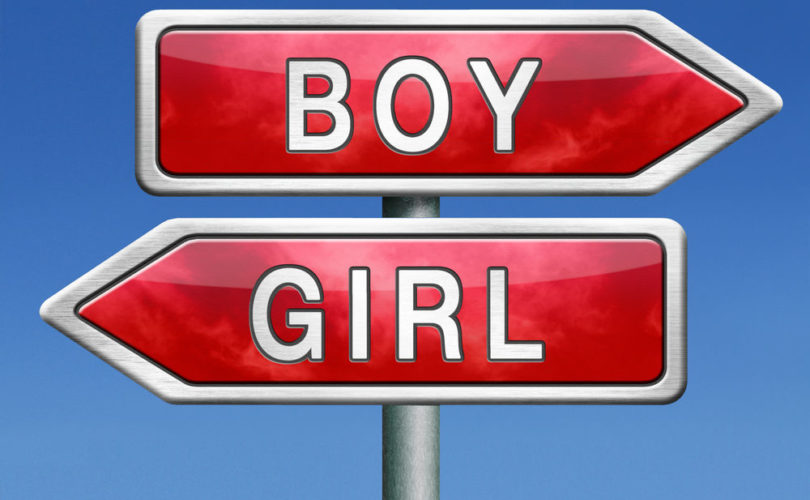 LONDON, England, October 11, 2017 (LifeSiteNews) — A taxpayer-funded UK transgender charity that supported a mother forcing her 7-year-old boy to live as a girl for nearly three years has been allegedly ordered to stay away from the child.

The hormone treatment is banned by British health authorities because it “causes irreversible changes and can compromise fertility later in life for anyone under 16,” it reported.

In a highly publicized custody dispute, Justice Anthony Hayden ruled last October that “Child J,” then 7 years old, be removed from his mother’s care and live with his father.

“I consider that (the mother) has caused significant emotional harm to (her son) in her active determination that he should be a girl,” Hayden wrote.

The mother had “pressed (the boy) into a gender identification that had far more to do with his mother’s needs and little, if anything, to do with his own.”

The legal proceedings began three years earlier when the father objected to not having contact with his son, and a lower-court judge ordered an inquiry, the Guardian reported at the time.

As “the litigation progressed, (the boy) came to be referred to predominantly by the feminine pronoun ‘she,’” wrote Hayden.

“I pause here to emphasize that J was, at this stage, between four and six years of age,” he added.

Hayden’s ruling sternly rebuked social services for “summarily disregarding” concerns by a “whole raft of multi-disciplinary agencies” because they “did not wish to appear to be challenging an emerging orthodoxy in such a high-profile issue.”

According to court materials, the social worker did not act because the boy’s mother had “appropriately taken on board support from the charity Mermaids,” he wrote.

Mermaids denounced Hayden’s ruling as “horrific,” asserted the boy wanted to be a girl and that there was “no evidence at all to support this judge’s views,” reported the Daily Mail.

The charity offers “family and individual support for gender diverse and transgender children and young people” and has received £35,000 ($46,230 US) from the UK ministry of education, it reported.

“If the families are interested, we would set up a long evaluation appointment at our clinic (3-4 hours) and afterwards an appointment with the endocrinologist,” Möller wrote. “In case of an indication for hormone treatment, he would prescribe it the same day.”

Mermaids denies the court directly ordered it to stay away from the boy.

After last year’s decision, “the mother informed us that the judge had ordered the child should have no further contact with the charity,” it said in a statement published by Metro.

“While we have not received any legal notice to support this statement, we have respected this request,” Mermaids stated.

The charity is in “active discussion with a lawyer” regarding the Sunday Times article that initially reported the no-contact ban, it said.

Meanwhile, Hayden noted in his ruling the boy had settled in well with his father.

He “has become interested in Power Rangers, SpongeBob, superheroes and is constantly finding new interests. … It is striking that most of J’s interests are male-oriented,” Hayden wrote.

By all reports, the father “brought no pressure on J to pursue masculine interests,” added Hayden. The boy’s “interests and energy are entirely self-motivated.”