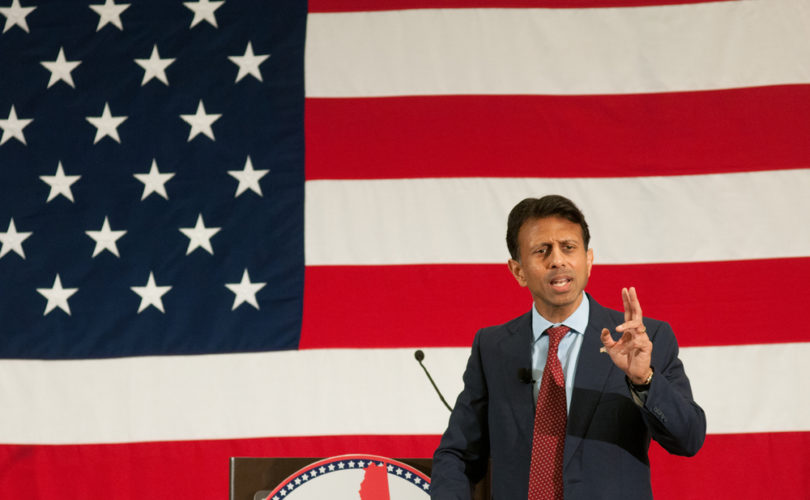 But a spokesperson for Jindal told LifeSiteNews that “we will appeal this decision and continue to fight to ensure Planned Parenthood no longer receives taxpayer funding.”

On Sunday night, U.S. District Judge John W. deGravelles issued his second ruling in seven weeks that protects Planned Parenthood's state funding. He had ruled on September 2 that the funding could not be eliminated without specific cause.

Jindal's next tactic was to use a $1.4 million fraud settlement between Planned Parenthood Gulf Coast (PPGC) and the state of Texas. Because PPGC also has clinics in Louisiana, the state's pro-life leaders urged Jindal to yank PPGC's funding; Jindal's administration found that because PPGC did not admit guilt in the settlement, nothing could be done.

However, in a recent letter of notice to Planned Parenthood, Department of Health and Hospitals (DHH) Secretary Kathy Kliebert cited “contradictions” in Planned Parenthood Gulf Coast's (PPGC) responses to the undercover videos released by the Center for Medical Progress as reason for the new defunding push.

“DHH believes that PPGC misrepresented its actions therein and had contradictions within the body of the letter and with the statements and admissions made in the CMP videos,” said Kliebert.

That case was argued on Friday, and led to the Sunday decision.

As part of his reasoning, the judge said he was concerned that Planned Parenthood's 5,200 patients will not be able to find care elsewhere — though the state argued the opposite — and that the argument to defund “contradicts DHH's own code.”

Because Planned Parenthood didn't admit fault, and the department's rules “plainly and unambiguously” protect Medicaid providers from contract cancellations if liability is not admitted in a settlement, defunding could not take place, deGravelles said.

Jindal spokesperson Mike Reed disagreed. “Planned Parenthood is engaging in classic misdirection regarding the millions they have repaid in Medicaid fraud and their own admissions in the baby parts trafficking videos,” he told LifeSiteNews.

“Instead of going through the same administrative review as any other Medicaid provider, they are running to the federal courts and asking for special treatment. We will appeal this decision and continue to fight to ensure Planned Parenthood no longer receives taxpayer funding.”