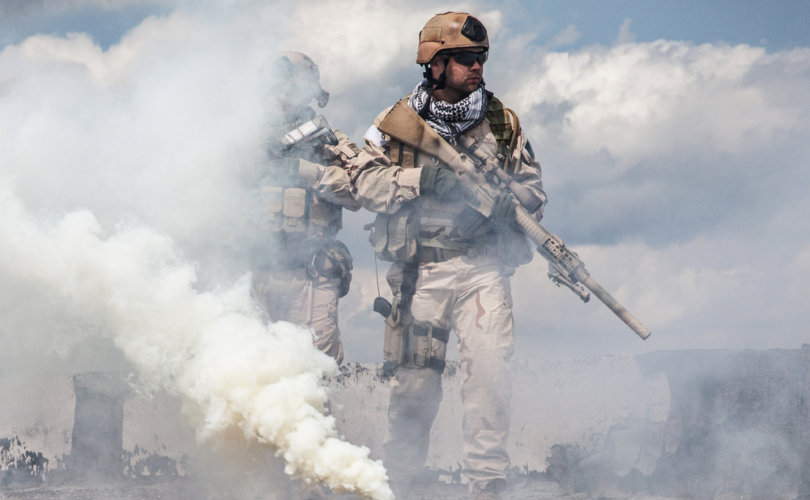 FORT WORTH, Texas (LifeSiteNews) — A U.S. District Judge has granted members of the Navy SEALs a preliminary injunction on the Navy’s mandate to obtain the experimental COVID-19 vaccine.

“The Navy servicemembers in this case seek to vindicate the very freedoms they have sacrificed so much to protect,” wrote Judge Reed O’Connor, who was nominated by President George W. Bush, in his order from the Fort Worth U.S. District Court. “The COVID-19 pandemic provides the government no license to abrogate those freedoms. There is no Covid-19 exception to the First Amendment. There is no military exclusion from our Constitution.”

The injunction prevents the U.S. Department of Defense (DoD) from enforcing its COVID vaccine mandate on military service personnel who reject the experimental vaccine on religious grounds. The mandate was announced in August 2021. Dozens of Navy SEALs and others responded by initiating a case against the Biden administration and DoD when they were denied any religious accommodation to avoid the jab.

In fact, several plaintiffs were told “the senior leadership of Naval Special Warfare has no patience or tolerance for service members who refuse COVID-19 vaccination for religious reasons and wants them out of the SEAL community.”

Many of the SEALs were directly threatened with “court martial or involuntary separation” for their persistence in refusing the abortion-tainted injections. Additionally, the Navy warned the elite soldiers that they could have their insignia — the famous Special Warfare SEAL “Trident” displayed on their uniforms — confiscated.

“Forcing a service member to choose between their faith and serving their country is abhorrent to the Constitution and America’s values,” said Mike Berry, General Counsel for First Liberty Institute, the law firm representing the SEALs. “Punishing SEALs for simply asking for a religious accommodation is purely vindictive and punitive. We’re pleased that the court has acted to protect our brave warriors before more damage is done to our national security.”

The court order also articulates how the Navy has consistently engaged “in an empty formality” when considering potential accommodations to service members for religious exemption. O’Connor stated that the Navy has demonstrated a “predetermined,” rubber-stamp process with its refusals. Objections to the use of aborted fetal cell lines in the vaccine’s development was first among the reasons listed in the order for religious exemption.

Nearly 50 Republican lawmakers, including Sens. Ted Cruz (R-TX), Steve Daines (R-MT), and James Lankford (R-OK), filed a “friend of the court” brief in support of the SEALs’ suit. “No right is more precious than the right to religious liberty,” they wrote. “Every year, young men and women of faith across this country bravely choose to join our nation’s fighting forces. They do so believing that they may simultaneously serve their country and their God.”

Judge O’Connor’s order marks the latest blow against the Biden administration’s efforts to force the experimental COVID injections on the population despite a concerning lack of evidence that the inoculations prevent COVID transmission or infection. The order also comes just days before the U.S. Supreme Court is scheduled to hear two arguments on additional cases regarding the administration’s COVID-jab mandates.