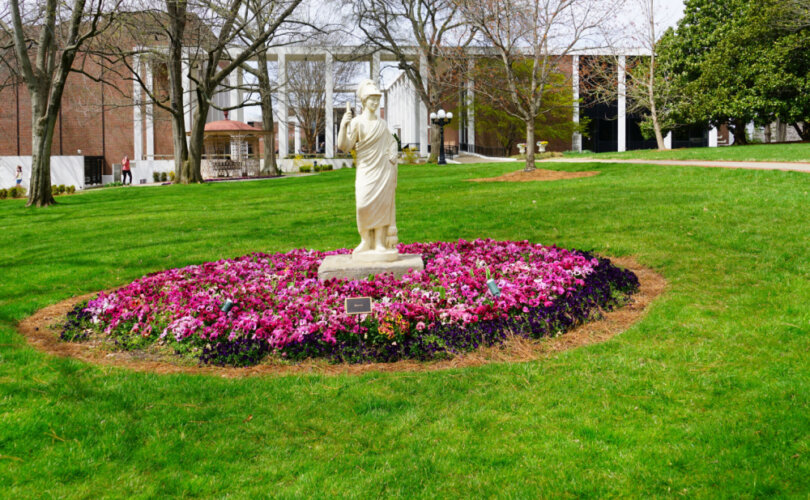 Belmont University is a Christian school located in Nashville, Tennesseeshutterstock

(LifeSiteNews) —  A federal judge in Oregon on Thursday dismissed a lawsuit filed by college students who argued that religious universities exempt from supporting the LGBT ideology are inherently discriminatory against students who “identify” as members of the LGBT community.

The lawsuit was originally filed in 2021 by a group of “LGBTQ+ people who applied to, attended, or currently attend religious colleges and universities … that receive federal funding.”

Although the plaintiffs argued that three unspecified “Christian universities and an association of Protestant Christian institutions of higher learning” discriminated against them based on their “sexual orientation” and “gender identity,” the court ruled that they “cannot succeed on the merits of their claims” and ultimately dismissed the case.

— Article continues below Petition —
Stand with brave priest who was SUSPENDED after defying the LGBT agenda against his abbot’s wishes!
Show Petition Text
12471 have signed the petition.
Let's get to 12500!
Thank you for signing this petition!
Add your signature:
Show Petition Text

According to the opinion signed by District Court Judge Ann Aiken, the plaintiffs “allege that Defendants facilitate and encourage the religious schools’ discrimination by failing to enforce Title IX against the schools based on Defendants’ application of the religious exemption.”

“The Court finds that Plaintiffs have failed to satisfy the causation requirement for standing for their claim under the APA,” the order reads. “Defendants maintain that Plaintiffs have not plausibly alleged that the regulatory changes they challenge have contributed to the discriminatory harm they have experienced.”

Title IX, the federal law at the base of the students’ arguments, “prohibits educational programs or activities receiving federal funds from excluding, denying benefits to, or subjecting to discrimination any person on the basis of sex.” However, the civil rights law also includes “a provision setting forth the procedures for an institution wishing to invoke the religious exemption,” such as the Christian universities in the lawsuit striving to practice religious beliefs when it comes to the LGBT ideology.

If approved for the exemption, religious institutions are protected from legal punishment should they be accused of discriminating against individuals who “identify” as a member of the opposite sex or as not being either male or female. However, many religious groups have faced lawsuits alongside the growing number of gender-confused individuals.

In recent months, lawsuits filed against religious organizations alleging discrimination on the basis of sexual orientation and “gender identity” have become increasingly prominent, with many judges ruling in favor of religious freedom.

In July 2022, a homosexual teacher lost a lawsuit he filed against his former employer, arguing that the Catholic school fired him because of his plans to “marry” his male partner. However, a New York judge ruled that the teacher’s contract bound him to practice the teachings of the Catholic Church, which prohibit same-sex relationships, and did not fault the school with discrimination.

In September, a Jewish university suspended student clubs after the U.S. Supreme Court did not stop a court ruling that would force the university to establish an LGBT student club against the institution’s religious values.