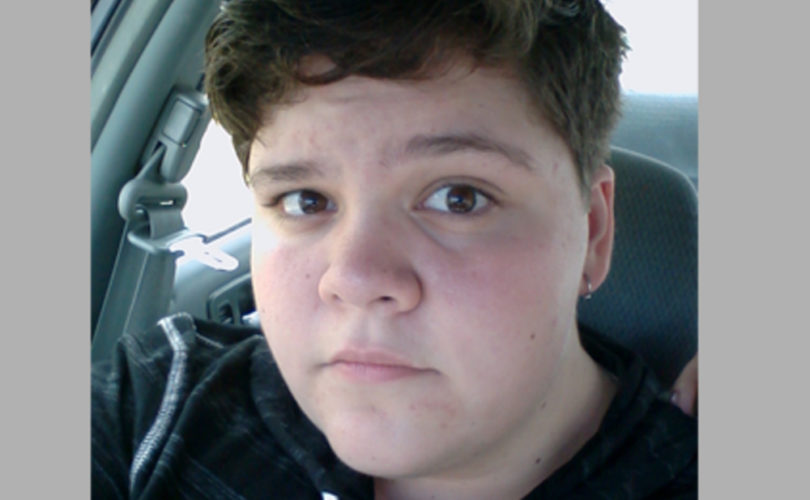 NEWPORT NEWS, Virginia, May 24, 2018 (LifeSiteNews) – A judge has ruled that a Virginia high school should have allowed a gender-confused former student to use the restrooms designated for the opposite sex.

Gavin Grimm is a female Gloucester High School graduate who “identifies” as male, and has been the face of one of the country’s most high-profile transgender bathroom lawsuits since 2014. The school board originally attempted to accommodate her request by letting her use a private restroom, but Grimm demanded access to the same restrooms used by male students.

“The Policy classified Mr. Grimm differently on the basis of his transgender status and, accordingly, subjected him to sex stereotyping,” she ruled.

Wright Allen rejected the argument that the school district was protecting the privacy rights of its male students, claiming there were “many other ways to protect privacy interests in a non-discriminatory and more effective manner than barring Mr. Grimm from using the boys' restrooms,” such as installing partitions between urinals and privacy strips on stall doors, and allowing all students to use single-occupancy restrooms.

In response to the ruling, Gloucester County School Board issued a statement maintaining that “its resolution of this complex matter fully considered the interests of all students and parents in the Gloucester County school system,” but not specifying whether it intends to appeal.

Wright Allen’s ruling follows the U.S. Supreme Court’s decision not to hear the case last year, which social conservatives cheered. The court made its decision based partly on the fact that the Trump Administration had reversed an Obama-era guideline on bathroom policy, upon which part of the original lawsuit relied.

“It is contradictory for transgender ideology to insist that biology does not matter while also insisting on access to sex-specified facilities (that only exist because society acknowledges the significance of male and female bodies) to externally indicate ‘gender identity,’” James Arnold of Alliance Defending Freedom says regarding the case. But “[t]ransgender ideology requires abolishing sex-specification in its entirety,” with the end result being that “females can no longer obtain Title IX’s nondiscrimination protection because the category of ‘female’ has disappeared.”

Grimm, who says she is currently “working in the world of activism,” told NPR Wednesday that she hopes the victory will “will set a positive legal precedent” that decides similar cases throughout the country.

The judge gave Grimm and the school board’s attorneys 30 days to meet to reach a settlement. It remains to be seen whether the ruling has put the case back on a path to the Supreme Court. The latest ruling does not yet establish a precedent binding the rest of the country, but attorney Joshua Block of the left-wing ACLU claims the case “adds to the forward momentum we’ve been creating in the courts.”