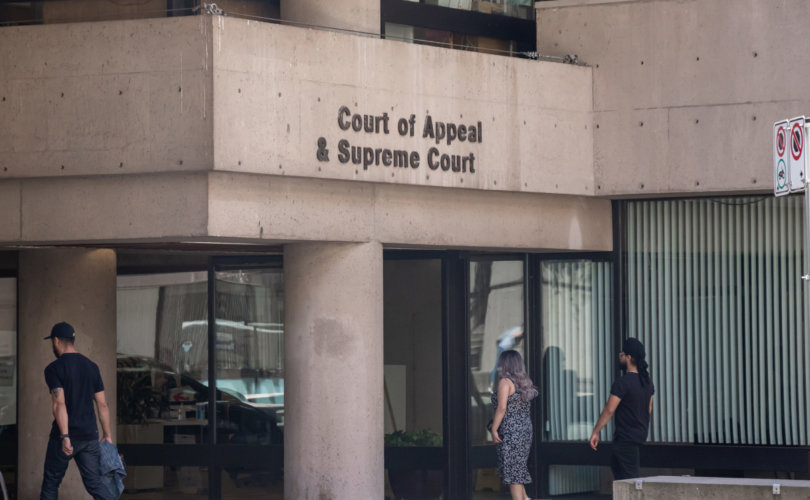 The order came at the request of the girl’s mother, identified in the court document as A.M. to protect the identity of her daughter, who is identified as S.B.

The November 3 injunction, which was made public yesterday, prevents cosmetic surgeon Daniel Mckee and Dr. Andrea Szewchuk, the girl’s general practitioner, “from providing SB with counsel, advice, or advocacy in preparation for, promotion of, or performing a double mastectomy or any surgery until 4:00 pm on November 27th, 2020 at which time the injunction will expire, unless it has been extended by order of the court.”

A.M. and her lawyer, Carey Linde, had made efforts to discuss S.B.’s treatments with her doctors, but the doctors would not reply. The injunction was sought to give the mother the time necessary to scrutinize the protocols leading to the doctors’ actions.

“The mother needs to see all of the protocols that led to the two doctors coming to the conclusion that what they intended to do is in the best interest of the child,” Linde said.

A.M. also sued Szewchuk for prescribing her daughter testosterone without seeking permission from the girl’s guardians.

In a written statement to media outlets, A.M. expressed her concerns with the whole process while disputing the claims of trans activists that surgeries and hormones reduce suicide and gender dysphoria.

“I am appalled by the lack of any clinical standards and medical protocols that permit doctors to give gender changing steroids and mastectomies to traumatized teenage girls caught up in a fad who wish they were boys,” she said.

“I am shocked the government through TransCare BC supports such unscientific and very risky experimentation. There is little evidence the irreversible treatment lessens gender dysphoria or reduces the 19 times normal suicide rate,” she continued.

“It is outrageous the SOGI  1 2 3 school program pushes these depressed and anxiety ridden girls to gender change clinics when what they need is psychiatric care. Worst of all the law lets it all be kept secret from parents. Why is the College of Physicians and Surgeons of British Columbia permitting this,” she added.

The injunction, which Linde believes to be the first of its kind in Canada, came shortly after Bill C-6 passed second reading in the House of Commons. If passed into law, Bill C-6 will criminalize so-called “conversion therapy,” making it illegal for parents to dissuade their children from sex-change therapies or homosexual activity.

It will, however, still be legal for anyone to persuade these same children to pursue procedures, drugs, and counselling supportive of altering their bodily appearance to that of the opposite sex or of maintaining same-sex attraction.

— Article continues below Petition —
PETITION: Urge the RCMP to launch independent investigation into the WE Charity contract deal
Show Petition Text
6897 have signed the petition.
Let's get to 7500!
Thank you for signing this petition!
Add your signature:
Show Petition Text