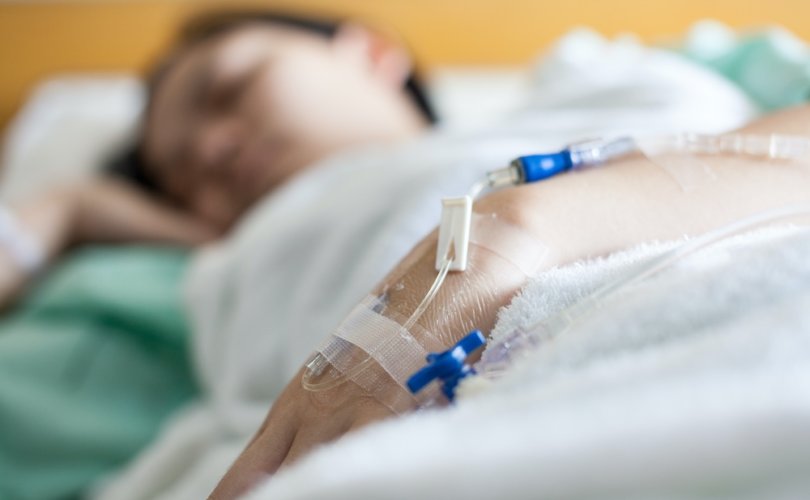 INDIANA, July 10, 2020 (LifeSiteNews) — An Indiana federal judge has ruled that a state law mandating the reporting of medical complications associated with abortions is unconstitutional.

Senate Enrolled Act 340, which was passed in March 2018, had required that all doctors in the state annually report any treatment of 26 different conditions known to be potential abortion complications. These conditions included perforation of the uterus or cervix, infections, hemorrhaging, blood clots, cardiac or respiratory arrest, and emotional or psychological conditions.

But Indiana Southern District Court Judge Richard Young said in his ruling on Wednesday that the law is “unconstitutionally vague,” after Planned Parenthood of Indiana and Kentucky challenged the law.

“The statute simply lacks any standard to guide physicians in determining whether a condition qualifies as an abortion complication for purposes of reporting,” the Indiana Southern District Court judge wrote.

However, Young did uphold a section of the same act that mandates annual inspections of abortion facilities, saying that the State had offered “at least a plausible explanation for the decision to subject abortion clinics to stricter inspection requirements.”

“According to the State, the annual inspection requirement furthers the State's compelling interest in protecting women's health and fetal life by ensuring abortion clinics follow applicable health and safety regulations and informed consent requirements,” he wrote. Abortion facilities exist for the purpose of ending fetal life.

In his ruling Young acknowledged the State’s argument that the violations of the notorious South Bend Indiana abortionist Dr. Ulirch Klopfer “might have been discovered earlier if the clinic had been subject to annual inspections.”

The remains of more than 2,000 aborted babies were discovered in Klopfer’s home and in his car following his death last year.

A press statement from Indiana Attorney General Curtis Hill said that he would continue to fight for women’s health and the life of the unborn.

“The Indiana General Assembly has a record of passing legislation that safeguards women’s health and protects the lives of unborn children,” Curtis said.

“I will always consider it an honor to vigorously defend state laws aimed at such essential objectives.”

Last week the U.S. Supreme Court ordered that Indiana laws which would require that women be offered ultrasounds before going through with abortion and another that would require parental notification before minors’ abortions, be vacated and returned to the Seventh Circuit Court of Appeals, which has already blocked the laws once.

The Supreme Court judges said that the rulings should return to the Seventh Circuit Court “for further consideration in light of June Medical Services L.L.C. v. Russo,” the recent 5-4 Supreme Court decision which judged that it is unconstitutional to require abortion facilities to establish admitting privileges with nearby hospitals in the event of life-threatening complications.

The Supreme Court orders technically invalidate the rulings blocking the laws, but the fact that the Seventh Circuit is being ordered to apply a pro-abortion ruling when they start over indicates that the outcome is likely to be the same at best.