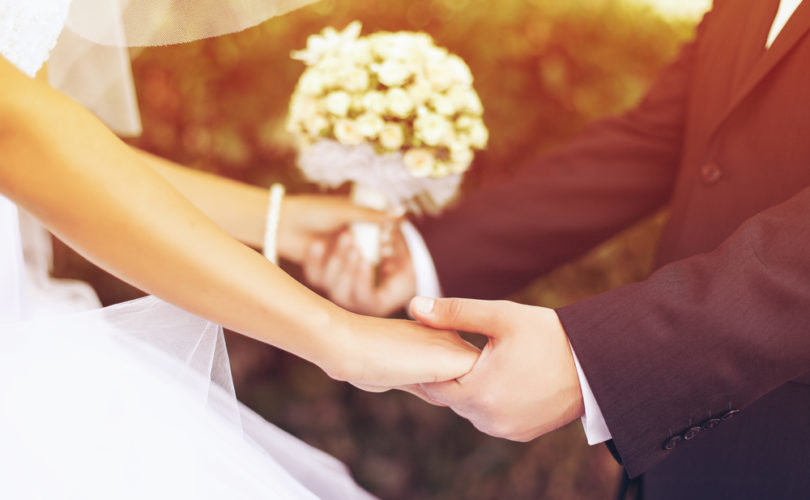 LOUISVILLE, KY – A federal judge in Kentucky struck down a state constitutional marriage protection amendment supported by 75 percent of voters, saying that doing so does not impinge on anyone's liberties.

“Assuring equal protection for same-sex couples does not diminish the freedom of others to any degree,” U.S. District Judge John G. Heyburn II wrote today in a 19-page ruling. “Hopefully, even those opposed to or uncertain about same-sex marriage will see it that way in the future.”

He admitted, “The Supreme Court has not yet indicated a willingness to take” the view that “the fundamental right to marry encompasses same-sex marriage,” and doing so would be “a dramatic step.” Therefore, he did not take it.

However, the Supreme Court has never held that homosexuals are a protected “suspect class,” but he ruled they constituted “quasi-suspect class.” Such a class must possess “immutable defining characteristics.” As a result the amendment had to face a higher legal standard of review, intermediate scrutiny.

He further ruled that “homosexual persons are 'politically powerless.'”

“In America, even sincere and long-held religious beliefs do not trump the constitutional rights of those who happen to have been out-voted,” he said.

The judge tore apart the state's argument that holding the traditional definition of marriage is necessary to stabilize the birth rate and boost economic activity. “These arguments are not those of serious people,” he wrote. “Excluding same-sex couples from marriage does not change the number of heterosexual couples who choose to get married, the number who choose to have children, or the number of children they have.”

But Peter Sprigg, a senior fellow for policy studies at the Family Research Center, said the judge's decision is not based on the facts.

On an international level, all 10 countries that permitted same-sex “marriage” in March 2011 fell “well within the bottom quarter in both birth rates and fertility rates among 223 countries and territories,” Sprigg noted previously. “All 10 fell below the total world fertility rate.”

The argument was crafted in part by the state's Democratic Governor, Steve Besheaer, who took up the defense after fellow Democrat, Attorney General Jeff Conway, refused to defend marriage. Conway lost his U.S. Senate race to Rand Paul in 2010.

Beshear said, “We will be appealing the decision.” Arguments will begin before the Sixth Circuit Court of Appeals in nearby Cincinnati on August 6. Heyburn stayed his ruling pending their decision.

Martin Cothran, a spokesman for the Family Foundation, which helped pass the 2004 amendment, said Heyburn's assertion that homosexuals are “politically powerless” served as “an example of how bad the reasoning is in today's decision.”

“This judge needs to get out a little more,” Cothran said, “or maybe he could just subscribe to a newspaper or possibly turn on the television, where he could see just how politically powerless are the people whose political power helped produce this decision.”

Sprigg said Heyburn's ruling showed an arrogance toward the state and the law. “Judge Heyburn's contention that 'serious people' don't support the definition of marriage that has existed for millenia demonstrates a measure of contempt – for tens of millions of citizens – wholly unacceptable from someone on the bench,” Sprigg said. “On the contrary, it is those like Judge Heyburn, who can conceive of no 'rational basis' for distinguishing the type of relationship which reproduces the human race from all other types of relationship, who cannot be considered 'serious people.'”

Judges have ordered states to recognize same-sex “marriage” in 22 of 32 states where such unions are legal, although their decisions are stayed in 13 states. In only three states – Washington, Maine, and Maryland – has gay “marriage” been approved by the people in a voter referendum.

In February, Judge Heyburn ruled that the state must recognize same-sex “marriages” performed in foreign countries – a ruling critics said could lead to the recognition of polygamous marriages conducted in Muslim countries.

President George H.W. Bush appointed Heyburn to the bench in 1992 based on the recommendation of current U.S. Senate Minority Leader Mitch McConnell, R-KY, who once served as Heyburn's special council in Louisville. Sen. McConnell, who faces a tough re-election against Democrat Allison Lundergan Grimes, attended this weekend's National Right to Life convention in Louisville.