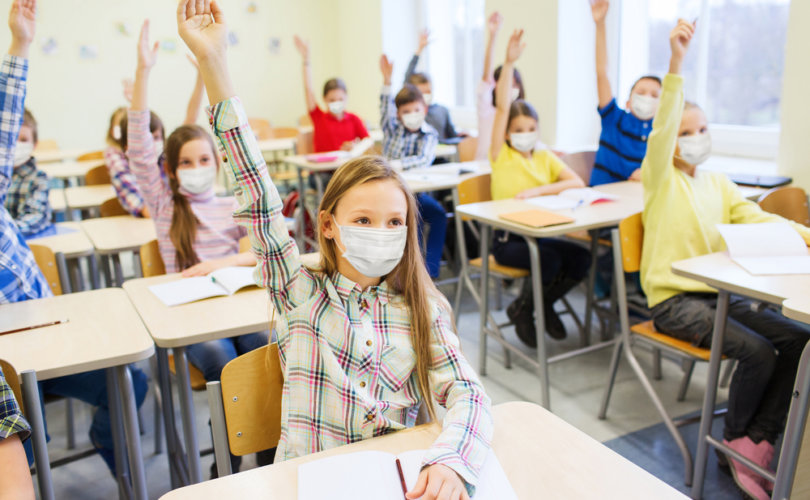 NEW YORK (LifeSiteNews) – A judge on Friday struck down New York City’s mask mandate for toddlers after a lawsuit from local parents, slamming the rule as “arbitrary, capricious and unreasonable.” Democratic Mayor Eric Adams has already announced that the city will appeal.

In a one-page order, Staten Island Judge Ralph Porzio granted a permanent injunction against the policy and declared it “void and enforceable.”

A group of parents had sued the city government earlier this month, arguing that the mandate, which applies to children age two to four in child care settings, is unconstitutional.

We won! Judge Porzio just ruled in the favor of parental choice and democracy. He found the Toddler Mask Mandate to be arbitrary, capricious and unreasonable. Effective immediately, the policy is void and unenforceable.

The toddler mask mandate impacts around 95,000 kids in the city’s 4-K and 3-K preschools, as well as those in all other day cares and preschools, according to The New York Times. The New York City health department issued the mandate in November.

Mayor Adams left it in place earlier this year, even after dropping requirements for other students. He pointed to the fact that no COVID injection has been approved yet for toddlers, who have the lowest coronavirus mortality rate of any age group.

Adams recently said that the mask mandate for child care may come to an end next Monday, depending on coronavirus data. But he announced Friday afternoon that the city intends to leave the rule in place and will appeal Porzio’s ruling.

“You should keep your masks on your children,” Adams said at a news conference on Friday.

Around just 0.01 percent of child COVID cases in the U.S. have resulted in death, according to the American Pediatric Association.

RELATED: Our children are more at risk from jabs and masks than from COVID

Studies have shown that surgical masks provide little to no protection against COVID-19, and that mandates, while increasing mask use, do not lead to lower viral transmission. Research has also found that masks harm children, causing them to breathe dangerous levels of carbon dioxide and potentially devastating their cognitive development.

A speech-language pathologist reported last year that she saw a 364 percent increase in referrals for children with speech delays in 2021, indicating unprecedented damage to childhood development due to months of continuous mask-wearing.