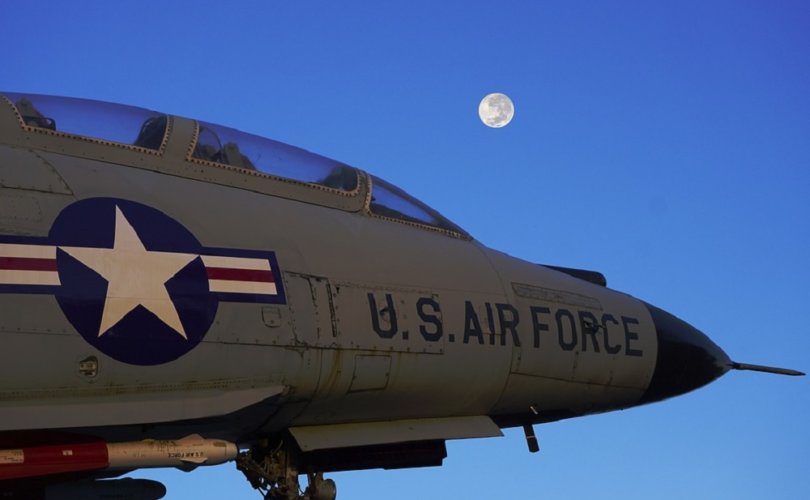 The Cincinnati Enquirer reported July 29 that McFarland granted the injunction, which applies to any active-duty, active reserve, reserve, national guard, inductees, or appointees in the two military branches seeking a religious exemption to taking the shots. The injunction will remain in place until a final verdict on the merits of the case is decided.

The order, which could affect up to 9,000 service members, “is a godsend,” Thomas More Society special counsel Adam Hochschild told Just the News. “The government has persisted in taking punitive action against those men and women of faith who cannot in good conscience take these experimental vaccines, and this order makes clear that such actions are unconstitutional.”

“The COVID-19 vaccine has been tested and used with aborted fetal cells so that is going against our religious beliefs,” added one of the plaintiffs, Air Force veteran and reservist Joe Dills. “None of us is anti-vaccine at all, but we are against using aborted fetal cells.”

“What’s really frustrating is this fact: The Air Force has granted thousands and thousands of administrative and medical exemptions but only a handful of religious exemptions,” Dills added. “So all of us put together very tight packages (proposals) for our religious exemptions and the commanders have basically rubber-stamped and denied all of them. It would appear they didn’t even look at our packages at all.”

The ruling is a significant relief for thousands of servicemen in a military that has been largely unwilling to grant exceptions. In the Army, for instance, the approval rate for religious exemptions so far stands at just one percent (20 approvals out of 1,465 reviewed requests), and the approval rate for medical exemptions is only slightly higher at three percent (34 approvals out of more than 1,000 adjudicated applications).

Last August, at the direction of President Joe Biden, U.S. Secretary of Defense Lloyd Austin directed the secretaries of all military branches to “immediately begin full [COVID] vaccination of all members of the Armed Forces” and “impose ambitious timelines for implementation.” The majority of service members complied, but tens of thousands remain unvaccinated, with many seeking exemptions.

In December, the military began discharging soldiers for refusing the shots, and the deadline for Army Reservists and National Guardsmen passed on June 30. The discharges, which threaten to significantly deplete the manpower of America’s armed forces, have prompted legal challenges that have so far been neglected by the U.S. Supreme Court.

While defenders of vaccine mandates are quick to point out that the military has long required soldiers to vaccinate against a range of diseases due to the harsh and exotic locales soldiers are sent to for extended periods of time and the close quarters they typically share with one another, previous vaccines were typically subjected to far more evaluation and development time before being put into widespread use than the COVID shots received during their accelerated clinical trials under former President Donald Trump’s Operation Warp Speed initiative.

In March, it was found that 11,289 cases of pericarditis/myocarditis after COVID vaccination were reported to the federal Vaccine Adverse Events Reporting System (VAERS) database between January 1 and February 25 of this year, which is already 47% of the 24,177 reports for the same submitted in all of 2021. An April study out of Israel indicates that COVID infection alone cannot account for such cases despite claims to the contrary.