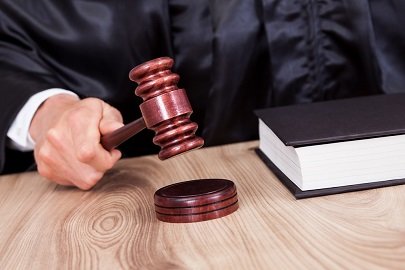 August 27, 2019 (LifeSiteNews) – For the time being, Missouri cannot enforce a law enacted in May banning abortion on babies with beating hearts, according to a temporary injunction issued Tuesday by U.S. District Judge Howard Sachs.

The Missouri Stands for the Unborn Act requires abortionists to test for a fetal heartbeat prior to abortion, and if one can be found the abortion is forbidden except in cases of “medical emergency.” Fetal heartbeats can be detected starting around six to eight weeks of pregnancy.

Under the Act, women would not be punishable, but abortionists who don’t perform the test would face six-month suspensions of their medical licenses and a $1,000 fine. Physicians who do test and abort the child anyway would permanently lose their licenses and be barred from applying for a new one.

Republican Gov. Mike Parson signed the act into law in May, and it was slated to take effect beginning this Wednesday before Sachs’ ruling.

“While federal courts should generally be very cautious before delaying the effect of state laws, the sense of caution may be mitigated when the legislation seems designed, as here, as a protest against Supreme Court decisions,” the judge wrote, noting that “would prohibit more than two thirds of plaintiff RHS’s [Reproductive Health Services of Planned Parenthood of the St. Louis Region] patients from obtaining abortions.”

Sachs did not, however, block other provisions of the law which ban abortions sought specifically due to a child’s race, sex, or Down syndrome.

“What little abortion access in Missouri is left, will stay in place for the time being. In the meantime, we cannot ignore the part of this law that remains in place, which allows politicians to interfere with the patient-provider relationship,” Planned Parenthood interim CEO Alexis McGill Johnson told CBS News. “Let's be very clear: these severe restrictions on abortion access do nothing to address disability rights or discrimination. They only stigmatize abortion and shame the people who seek that care.”

A temporary block was expected by most on both sides. Heartbeat-based abortion bans across the country are generally advanced as direct challenges to Roe v. Wade’s “viability” threshold, meant to provoke lawsuits pro-lifers hope will eventually reach the U.S. Supreme Court.

A spokesperson for Missouri Attorney General Eric Schmitt responded to the news by declaring that Shmitt remains “dedicated to protecting Missourians, born and unborn,” and that his office is “currently reviewing the judge's ruling and are deciding on next steps.”