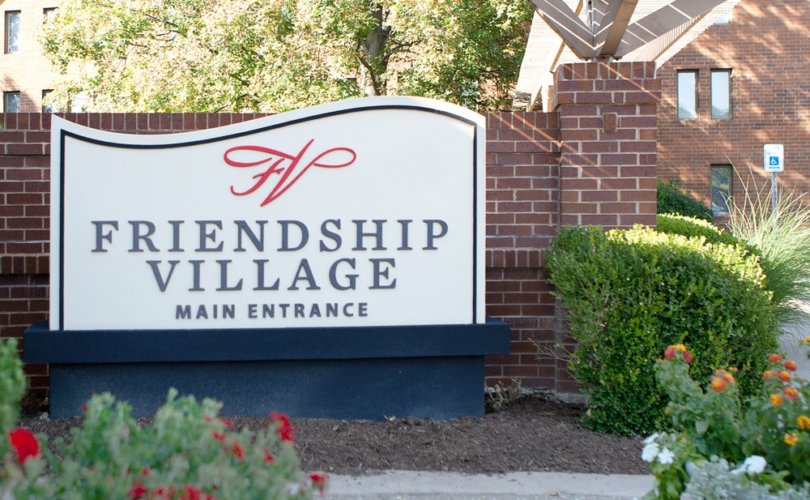 ST. LOUIS, January 17, 2019 (LifeSiteNews) – A “married” lesbian couple's discrimination suit against a religious retirement community was struck a blow Wednesday as a judge ruled that the law doesn't require the community to let them live there as a homosexual couple.

Friendship Village is a non-profit retirement community “guided by Biblical values” that holds “Faithful Service” as one of its core values, according to its website. Despite the Bible's clear teachings on homosexuality, Mary Walsh and Beverly Nance of Shrewsbury applied in 2016 to move to Friendship Village, LifeSiteNews covered in August.

The couple has been together for 37 years and “married” since 2009. Friendship Village rejected their application, citing the community's “longstanding” policy that allows cohabitation only among parent-child relationships, siblings, and marriages of one man and one woman.

So, with the backing of the left-wing ACLU and the National Center for Lesbian Rights, Walsh and Nance filed a lawsuit in U.S. District Court for the Eastern District of Missouri, arguing that the policy violates both the federal Fair Housing Act and the Missouri Human Rights Act.

The former bars discrimination against renters and homeowners on the basis of “race, color, religion, sex, familial status, or national origin,” while the latter bans housing discrimination “based on race, color, religion, national origin, ancestry, sex, disability,” and “familial status.” Missouri is one of 26 states that doesn't specifically hold “sexual orientation” as a protected characteristic.

“Friendship Village's denial of housing to Mary and Bev because they are two women, and not a man and a woman, is discrimination 'because of sex' in the most literal sense,” their attorney Arlene Zarembka argued, but St. Louis Public Radio reports that U.S. District Judge Jean Hamilton disagreed.

“The Court finds the claims boil down to those of discrimination based on sexual orientation rather than sex alone. The Eighth Circuit has squarely held that 'Title VII does not prohibit discrimination against homosexuals,'” the judge concluded. While “several federal courts have held otherwise in recent opinions […] This court is bound by the law of the Eighth Circuit.”

“We are disappointed by the court's decision,” Walsh said. “Bev and I are considering our next steps, and will discuss this with our attorneys.”

In the meantime, the case serves as an example of what the real-world consequences would be if a future law or court ruling added homosexuality to federal non-discrimination standards. Hamilton did not affirm that Friendship Village has a First Amendment right to operate by its religious values, but simply that homosexuality is not technically covered by the current statute or precedent.