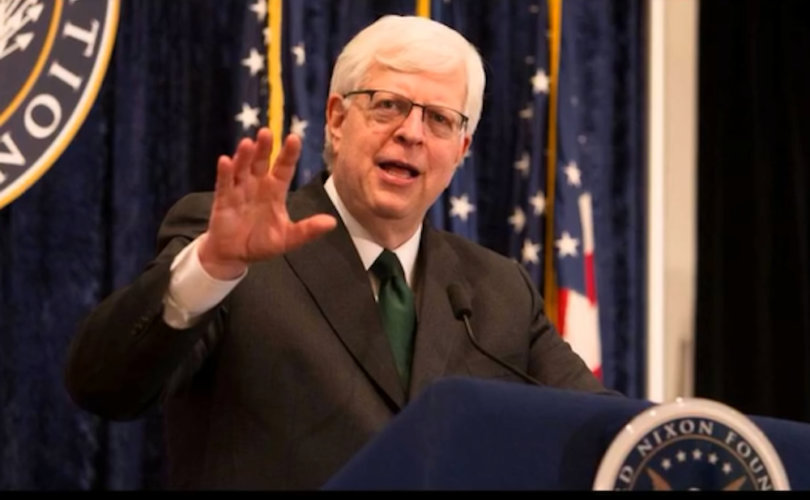 According to a Reuters report, U.S. District Judge Lucy Koh ruled that YouTube did not violate the free speech of Prager University (PragerU), the nationally-syndicated radio host’s ongoing series of educational videos, because it is a private entity.

PragerU consists of weekly five-minute videos in which a variety of thinkers and policy experts explain a wide range of subjects, from politics to religion to philosophy and personal improvement. Among PragerU’s offerings have been a moral case against abortion, an overview of European abortion restrictions, and most recently an exposé of Planned Parenthood.

In October, Prager announced a lawsuit against the video platform and parent company Google for placing more than 50 PragerU’s videos in “restricted mode,” meaning they were inaccessible from accounts that employed parental controls to shield children from violent, sexual, or otherwise-inappropriate content. The list of restricted videos includes the first two abortion videos. YouTube initially restricted the Planned Parenthood video as well but reversed the decision soon after.

“Google and YouTube do this not because they have identified video content that violates their guidelines or is otherwise inappropriate for younger viewers,” Eric George, the attorney representing PragerU, said, “but because PragerU is a conservative nonprofit organization that is associated with and espouses the views of leading conservative speakers and scholars.”

PragerU says YouTube notified them that “your videos aren’t appropriate for younger audiences.” But the group’s legal complaint notes that none of PragerU’s videos “contain any profanity, nudity, or otherwise inappropriate ‘mature’ content,” and that they “fully comply with the letter of YouTube’s Terms of Use and Community Guidelines.”

“Defendants are private entities who created their own video-sharing social media website and make decisions about whether and how to regulate content that has been uploaded on that website,” Koh ruled. “Plaintiff has not shown that defendants have engaged in one of the very few public functions that were traditionally exclusively reserved to the state.”

She also ruled that YouTube’s official justification for the restrictions — that the videos were somehow not age-appropriate — did not constitute false advertising.

A statement responding to the news on Prager’s official website notes that the judge’s ruling makes a “startling omission” that YouTube’s own self-description as a “community where everyone’s voice can be heard” no matter their “point of view” is “mere ‘puffery.’” Thus, the decision cannot be binding because it is so vague that it cannot be proved false. On his radio show, Prager has said he would have “no issue” with YouTube’s censorship if it was upfront about having political positions rather than claiming to be neutral.

Google and YouTube have been at the heart of several recent censorship controversies. During the past few months, the internet search giant has removed revenue-generating ads from several factual LifeSiteNews articles it deemed to be “dangerous or derogatory.” YouTube recently enlisted the left-wing Southern Poverty Law Center to help police “hateful” content, despite its record of applying the “hate group” label to numerous mainstream conservative organizations.

Prager attorney Peter Obstler said PragerU is currently considering its options for how to respond, and may appeal the ruling.