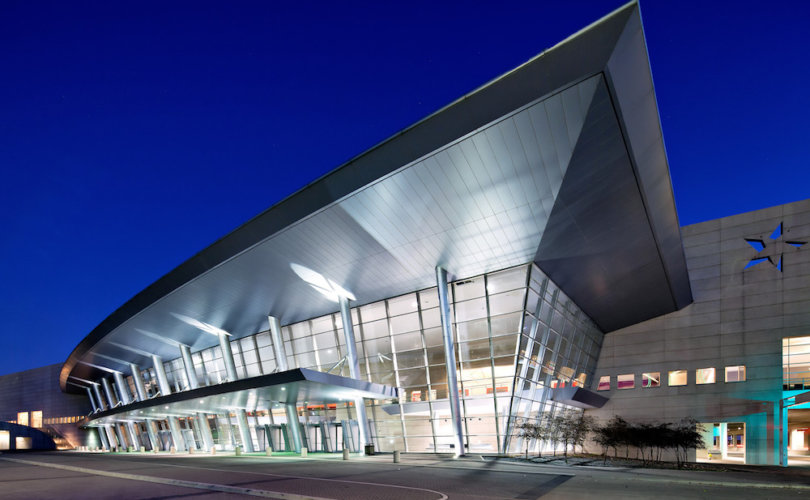 First held in 2006, the “Exxxotica” Expo, an annual and regional three-day “celebration of sexy” produced by pornographers, held its first show in Dallas in August 2015.

Exxxotica's attorneys had sought an injunction, but Judge Fitzwater denied their request.  They now say they are considering an appeal to the Fifth Circuit Court, or just waiting for the matter to go through the courts.

“I am extremely proud of the seven City Council members who had the courage to support this ban,” the Mayor said.

The Texas Attorney General filed a “friend of the court” brief supporting Dallas business leaders, who want to exclude “Exxxotica 2016.”

“The City of Dallas, through its democratically elected officials, has rightfully decided that its convention center should not be home to an event where obscenity and criminal activity occurs,” Paxton explained.

Paxton said the principle involved is important.  “It is vital that governmental entities have the ability to exclude sexually-oriented businesses from property that they own,” he said.  “A federal court should not overturn that decision by elected officials.”

“I’m proud to be joined by the Dallas Citizens Council on this brief… It is heartening to see a group of local civic leaders taking a stand and doing their part to ensure that their community remains a place where business can flourish,” Paxton told Breitbart.com.

Dallas’ CityHallBlog quoted councilman Adam McGough explaining, “The truth is pornography is not just a lie, it’s lethal.”  Councilman Rickey Callahan said the First Amendment was not intended by its framers to give “the unbridled right of pornography to be displayed in a public facility.”

Patrick A. Trueman, a former federal prosecutor who is now president of the National Center on Sexual Exploitation (NCOSE), told LifeSiteNews, “Pornography is causing a worldwide public health crisis.  Addiction, sexual dysfunction, rape, sexual abuse of children, and sex trafficking are just a few on the consequences.”

Knowing that, “what public official wouldn't oppose a pornography convention?” he asked.

“The Exxxotica event would have promoted hardcore pornography and torture sex, despite the fact that it is sexually exploitative and linked to increases in sexual violence, sexual dependencies, and decreases in brain matter. It was a responsible and wise decision to ban this event from the convention center.”

This is not the only case of government officials raising awareness about the harms of hardcore obscenity. Earlier this week, Hawkins was on hand as Utah Governor Gary Herbert signed a first-in-the-nation bill recognizing pornography as a public health crisis.

“The neurological, psychological, and sociological harms of pornography documented in research are finally being addressed at a governmental level,” Hawkins told LifeSiteNews.