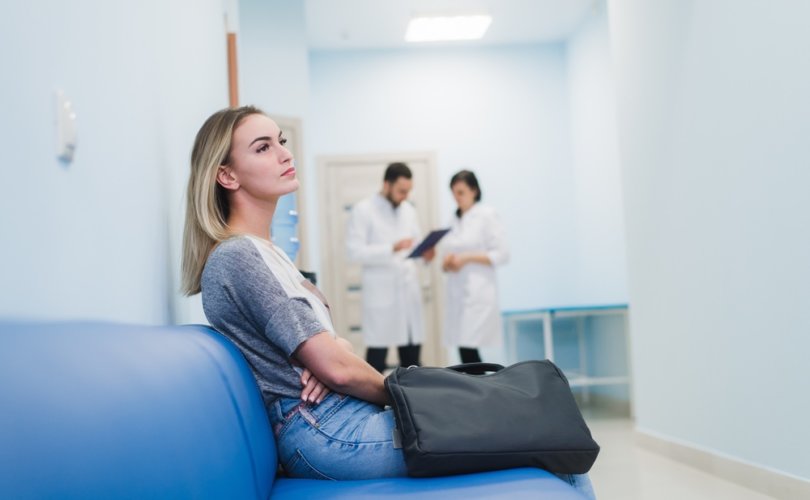 TALLAHASSEE, Florida (LifeSiteNews) — A Florida judge on Tuesday upheld a 2015 pro-life law requiring women in the Sunshine State to wait 24 hours before getting an abortion, the latest move in a seven-year dispute about the controversial rule.

Circuit Judge Angela Dempsey in the state’s capital city of Tallahassee “tossed out a lawsuit” “filed on behalf of a Gainesville women’s clinic” to challenge the law, highlighting the fact that other medical procedures and important decisions, from getting married to purchasing a firearm, have even longer waiting periods, the Associated Press reported.

Available data has shown that mandatory waiting periods significantly reduce abortion rates and increase birthrates in states where they are implemented.

In Mississippi, the first U.S. state to impose a mandatory waiting period for abortion access, the policy was found to result in a 10%-19% reduction in overall abortions in the state.

“Twenty-four hours is the minimum time needed to sleep on such an important decision,” Judge Dempsey wrote, according to the Miami Herald.

The pro-life law has faced ongoing challenges since it was enacted in 2015. In 2018, Leon County Circuit Court Judge Terry Lewis ruled that the mandatory waiting period was unconstitutional, despite the fact that 27 other states had similar requirements on the books.

Meanwhile, the Tallahassee judge’s Tuesday decision to toss out the lawsuit challenging the rule was met with praise by the Florida Conference of Catholic Bishops.

“The 24-hour reflection period is a reasonable measure that will empower women to make truly informed, deliberate decisions apart from the abortion industry’s pressures,” said the Florida bishops’ lobbyist, Christie Arnold, in a news release, the Miami Herald noted.

Dempsey’s ruling upholding the mandatory waiting period is the latest pro-life decision to come out of the Sunshine State, where Republican Gov. Ron DeSantis has strongly signaled his intention to enact laws to protect the state’s unborn.

Last month, Florida’s GOP-led legislature sent DeSantis a pro-life bill that would ban abortion after 15 weeks’ gestation. The pro-life Catholic governor has vowed to sign the measure “in short order.”

Florida’s 15-week abortion ban mirrors Arizona’s Senate Bill 1164 and West Virginia’s House Bill 4004, all of which are modeled on the Mississippi Gestational Age Act banning abortions after 15 weeks, which is the subject of the Dobbs v. Jackson Women’s Health Organization case currently on the U.S. Supreme Court docket.

Pro-abortion and pro-life advocates alike have recognized that a decision favorable to Mississippi in Dobbs could lead to the overturning of the federal “right to abortion” established in the 1973 ruling in Roe v. Wade.

Republican lawmakers in many states, including Texas, Idaho, Florida, and South Dakota, have responded by enacting a raft of pro-life legislation in anticipation of the Court’s ruling.

Meanwhile, Democrat-led states like California, Colorado, and New York have worked to broaden abortion access and even invite women from pro-life states to travel to abort their children.