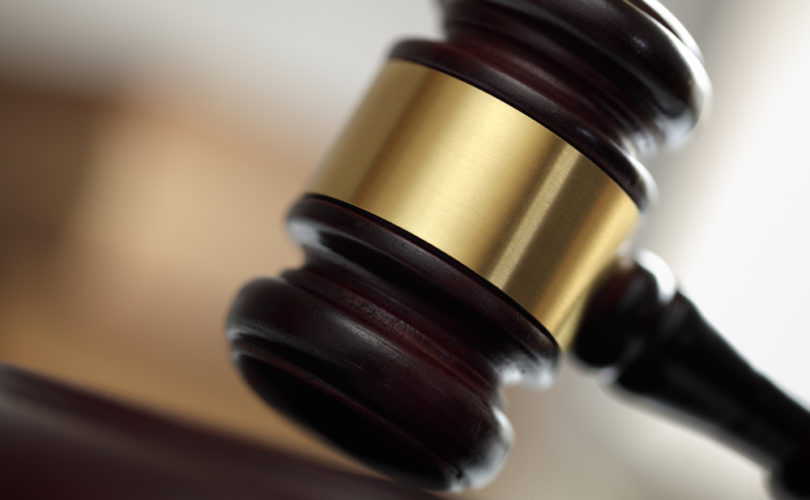 The 3rd U.S. Circuit Court of Appeals ruled April 13 that U.S. District Judge Freda Wolfson was correct in rejecting a couple’s claim the law violates their constitutional rights, because it prohibits them from pursuing treatment for their teenage son.

Other states have tried to pass bans on the treatments, which are known as reparative or conversion therapy, and failed. At the same time, the Obama administration has endorsed a a 50-state series of bans.

“I’ve always believed that people are born with the predisposition to be homosexual,” Christie, a Catholic, said when he signed the New Jersey ban. “My religion says [homosexuality is] a sin. But for me, I don’t” agree that it is.

Opponents of the New Jersey law said it was a violation of parents’ civil rights not only because of the therapy ban itself, but also because under the law parents who either take their children to unlicensed New Jersey counselors or a licensed out of state counselor to seek help for unwanted same-sex attraction risk being reported to the authorities for “endangering the welfare of a child,” and losing their children to the state.

This was not the first legal challenge to the ban.

Two New Jersey therapists, along with the National Association for Research and Therapy of Homosexuality (NARTH) and the American Association of Christian Counselors, sued in 2013 to block enforcement of the contentious law, arguing it violates therapists’ freedom of speech.

Wolfson dismissed that case as well, in November 2013.

This latest suit contended the therapy ban violates the claimants’ freedom of speech and religion, and their 14th Amendment right to equal protection.

The federal court referenced the earlier Wolfson ruling against the two therapists, under the supposition that reparative therapy was injurious, saying in its decision the state has an “‘unquestionably substantial’ interest in protecting citizens from harmful professional practices, and that this interest is even stronger where the citizens protected are minors.”

In her earlier ruling upholding the ban, Wolfson had cited court rulings holding that states are entitled to regulate medical or mental health treatments parents choose for their children in her earlier decision, asserting that the reparative therapy ban aligns with upholding parental rights.

“Surely, the fundamental rights of parents do not include the right to choose a specific medical or mental health treatment that the state has reasonably deemed harmful or ineffective,” wrote Wolfson at the time. “To find otherwise would create unimaginable and unintentional consequences.”