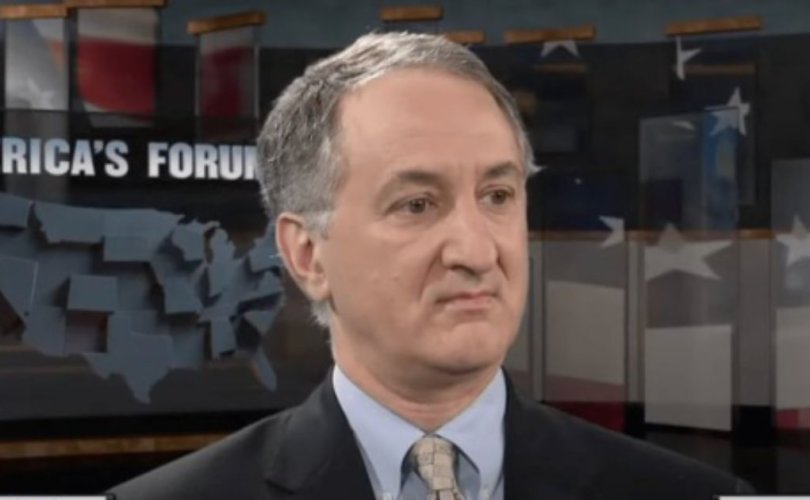 (LifeSiteNews) — The federal magistrate judge who authorized the FBI raid of former President Donald Trump’s residence had left his job as an assistant U.S. attorney years before to represent accomplices in Jeffrey Epstein’s 2008 sex trafficking case.

Trump attorney Christina Bobb confirmed to POLITICO on Tuesday that Judge Bruce Reinhart “signed off on the warrant” green-lighting the FBI’s Monday raid of Trump’s Mar-a-Lago residence, which many commentators have decried as a “weaponization” of the Department of Justice for political purposes.

The Miami Herald reported in 2019 that Reinhart had resigned his post as assistant U.S. attorney in the very South Florida office that was prosecuting Epstein, only to legally defend accused accomplices of Epstein days after his “defection.”

The news outlet called the move “one of many highly unusual turns” in the 2008 case that culminated in a non-prosecution agreement under which Epstein and four named co-conspirators were granted immunity from all federal charges.

At the time, Alexander Acosta, then U.S. attorney for the Southern District of Florida, was sharply criticized for what was described as the “sweetheart deal” he granted to Epstein and his aids, which set aside a 53-page sex trafficking indictment of Epstein describing his sexual abuse of at least 34 minors.

Acosta later told interviewers he had granted the plea deal because he was told Epstein “belonged to intelligence,” and he was advised to “leave it alone,” The Daily Beast reported.

Judge Reinhart, whose contact page was removed from the Southern District of Florida’s website on Tuesday, had represented several of the co-conspirators who were granted immunity, including Sarah Kellen. According to court and police records, Kellen allegedly “scheduled underage girls to visit Epstein three and four times a day,” the Herald reported.

During the trial of Epstein’s madam, Ghislaine Maxwell, in 2021, U.S. District Judge Alison Nathan called Kellen “a knowing participant in the criminal conspiracy” as well as “a criminally responsible participant.”

On June 29, Insider noted, “It’s not clear why prosecutors have not brought criminal charges against Kellen.”

Reinhart told the Herald he had also defended Epstein’s pilots, including Nadia Marcinkova, whom Epstein had reportedly referred to as his “Yugoslavian sex slave.”

According to the Herald, Reinhart had “declined to say whether he was paid by Epstein” to represent Kellen and other co-conspirators of Epstein.

Reinhart was named in a civil lawsuit filed by two Epstein victims in 2008, in which he was questioned for switching sides during the Epstein investigation.

The Herald shared that Reinhart, “In a 2011 sworn affidavit submitted in the civil case,” “denied he did anything unethical or improper,” and “asserted, under the penalty of perjury, that he was not part of the team involved in Epstein’s investigation and therefore was not privy to any confidential information about the case.”

However, the Herald explained that “two years later, Reinhart’s former supervisors in the U.S. Attorney’s Office filed a court paper contradicting him, saying that ‘while Bruce E. Reinhart was an assistant U.S. attorney, he learned confidential, non-public information about the Epstein matter.’”

When the Herald requested comment from Reinhart in 2018, he “said that he doesn’t recall learning anything about Epstein’s criminal case.”

“Even assuming I had participated ‘personally and substantially’ in the Epstein investigation [which I did not], the relevant Department of Justice regulations only prohibited me from communicating with, or appearing before, the United States on behalf of Mr. Epstein,’’ he said in an email, pointing out that he while he had represented Epstein’s associates he did not represent Epstein himself.

The New York Post shared that “Two recent warrant applications were assigned to Reinhart and entered into the court system on Monday,” and “Records show another warrant was issued by Reinhart on Friday,” but the contents of these warrants remain sealed.

In the Monday raid of Trump’s Mar-a-Lago home, the FBI removed about a dozen boxes of undisclosed materials in what reportedly was a search for classified documents Trump allegedly brought from the White House.

China expert Steve Mosher highlighted the DOJ’s blatant double standard on Tuesday, noting, “It’s worth remembering … that the FBI did not raid former Secretary of State Hillary Clinton’s home for her personal server and electronic devices. Nor did the DOJ charge her for deleting 33,000 emails, many of which were highly classified. In fact, there were no consequences whatsoever for the lifelong Democrat.”

Mosher pointed out that “The Democrats have been trying to find Trump guilty of something, anything, for the past seven years. Increasingly desperate to remove him from the political chessboard, they have nevertheless failed again and again.”

“The real reason why Trump’s home was raided must lie elsewhere,” Mosher said.

The conservative talking head duo known as the Hodge twins also pointed out in a tweet Wednesday, “The FBI that raided Trump and his supporters is the same FBI that has Epstein’s client list of rich and powerful people that took part in trafficking and molesting underage kids. But they’ll never release that list or conduct raids on those people.”