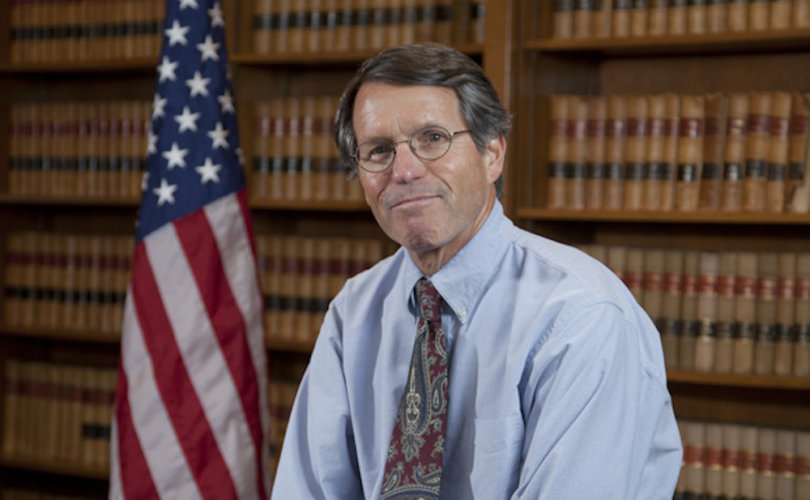 CALIFORNIA, June 9, 2017 (LifeSiteNews) – The Center for Medical Progress (CMP) is seeking to disqualify the judge who censored its undercover footage of an abortion conference because of his ties to a pro-Planned Parenthood organization that lets the abortion company run a clinic on its premises.

When David Daleiden began releasing his now-famous exposé on the abortion industry's participation in the baby body parts trade, the National Abortion Federation (NAF) took him to court. Daleiden had undercover recordings of its abortion trade show. NAF succeeded in getting U.S. District Judge William Orrick to issue a gag order preventing the release of this footage.

Last month, Daleiden's attorneys released the footage. Some of the extended footage had already been leaked by Got News, but the video released by the CMP attorneys was more condensed and contained a compilation of the most shocking statements from abortionists at the conference.

Orrick then ordered Daleiden and his attorneys, Steve Cooley and Brentford J. Ferreira, to appear in court on June 14. They may face contempt of court charges for having released the video.

But CMP is arguing that Orrick should be disqualified from the case because he served on the board of an organization that houses a Planned Parenthood clinic. CMP's motion to remove Orrick from the case says that Orrick's affiliation with this organization shows “bias in favor of the plaintiff and prejudice against the defendants.”

The organization is Good Samaritan Family Resource Center (GSFRC) in San Francisco. It describes its relationship with Planned Parenthood as a “key partnership.” Orrick is a former GSFRC board member. He was GSRFC's secretary of the board in 2001 “when GSFRC entered 'key partnership' with PPSP [Planned Parenthood],” the motion states.

“The video recordings that are the subject of this case include recordings of PPSP/PPNC staff members,” it says.

In 2015, “Mrs. Orrick 'pinkified' her Facebook page and added 'I stand with Planned Parenthood' as a Facebook profile picture overlay.”

Planned Parenthood urged its supporters to add these elements to their Facebook pages as part of a campaign orchestrated specifically in response to the release of videos by Mr. Daleiden and CMP. 'Pinkifying' showed one’s support for Planned Parenthood and one ’s belief that the videos were fraudulent.

Another cause for CMP's concern is Mrs. Orrick “liked a Facebook Post by 'Keep America Pro-Choice' that applauded Mr. Daleiden being indicted in Texas.” It, and the “like” of the NARAL post, “were juxtaposed with a profile photo featuring Judge Orrick and Mrs. Orrick.”

As The Federalist's Mollie Hemingway uncovered at the time Orrick issued the initial gag order on the video, he is a major financial backer of pro-abortion former President Obama.

“He raised at least $200,000 for Obama and donated $30,800 to committees supporting him, according to Public Citizen,” she reported.