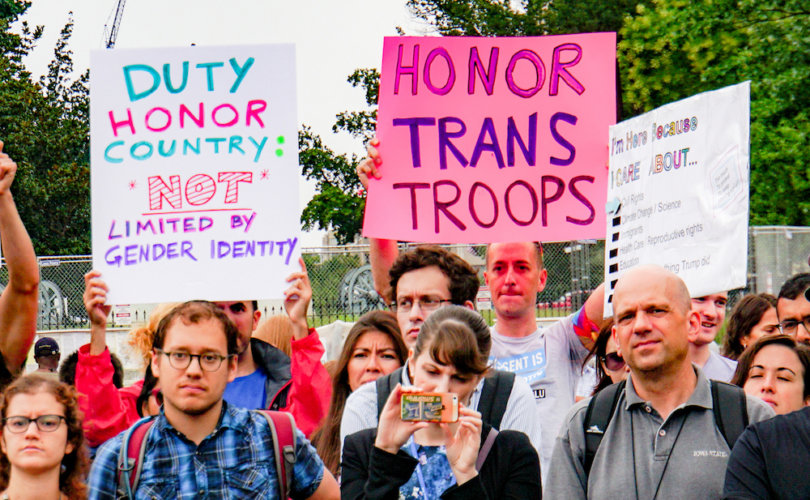 On Monday, U.S. District Judge Colleen Kollar-Kotelly issued an injunction siding with those suing the Trump administration over its new policy.

Citing the “tremendous medical costs and disruption” of “transgender” individuals in the military, Trump announced July 6 that they would no longer be allowed to serve in “any capacity.”

“As a form of government that classifies people based on their gender identity, and disfavors a class of persecuted and politically powerless individuals, the President’s directives are subject to a fairly searching form of scrutiny,” wrote Kollar-Kotelly.

“The reasons given” by the Trump administration for this ban “do not appear to be supported by any facts,” the judge claimed.

The lack of “facts,” the “sheer breadth of the exclusion ordered by the directives,” the “unusual” way in which they were announced, and “the recent rejection of those reasons by the military itself” all led Kollar-Kotelly to side with the plaintiffs.

For now, the military must return to its old “status quo,” the injunction says.

According to Justice Department spokesman Lauren Ehrsam, “We disagree with the court's ruling and are currently evaluating the next steps.”

“This is where judicial activism is leading us,” said Tony Perkins, president of the Family Research Council (FRC) and a former Marine.

“The courts have moved beyond legislating on the invented rights of abortion and same-sex marriage to clearly usurping the constitutional authority of the executive branch,” Perkins continued.

“The president has the primary task of protecting Americans,” said Perkins, “but we see the courts weakening his immigration policies designed to protect America from threats and now telling the commander-in-chief how to run the military.”

FRC estimates that if this Trump policy were implemented it would save the military close to $2 billion.