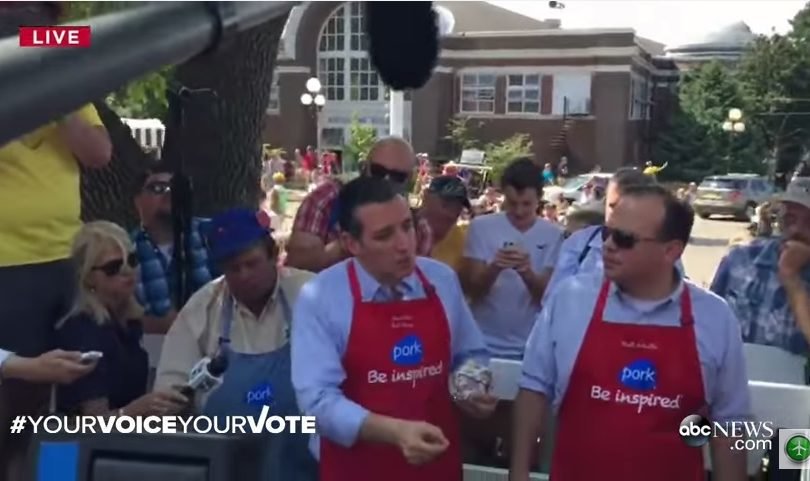 DES MOINES, August 21, 2015 (LifeSiteNews) – Hollywood stars often confront conservative politicians for holding to traditional morality – but they seldom give those conservatives a chance to respond. On Friday, the actress Ellen Page questioned Senator and Republican presidential hopeful Ted Cruz about his policies for “LGBT people being fired for just strictly being gay or trans[gender].”

“We're seeing Bible-believing Christians being persecuted for living according to their faith, “Cruz replied, citing the case of Dick and Betty Odgaard, the Iowa couple who lost their business for refusing to participate in a same-sex “wedding” ceremony.

“We're a country that respects pluralism and diversity, and there is this liberal intolerance that says that anyone who follows a Biblical teaching…must be persecuted, must be fined, must be driven out of business.”

Page then cited homosexuals being jailed in the past in some states.

Cruz answered that Jamaica “may not be celebrating a gay pride parade, but they're not murdering people.”

“Does that trouble you at all – that you draw a moral equivalence between Christians in Jamaica and radical Islamic terrorists in ISIS that are beheading children?” Cruz asked the actress. “They’re not morally equivalent. Murder is murder is murder, and…it’s wrong across the board.”

Page attempted to interrupt Cruz on a number of occasions, until the senator asked her to stop. After the exchange, she wanted to continue making her point.

“We've had a long discussion,” he said.

“Yeah, I appreciate it,” Page said.

Cruz was at the Iowa State Fair before holding a Rally for Religious Liberty on Friday evening, where the Odgaards will participate.

Page is best known for starring in the 2007 movie “Juno”, a film about a pregnant teen that some believed contained an inadvertent pro-life message.

Cruz later told the media he did not know who Page was – she who wore a hat and sunglasses.

Page came out as a lesbian last year.