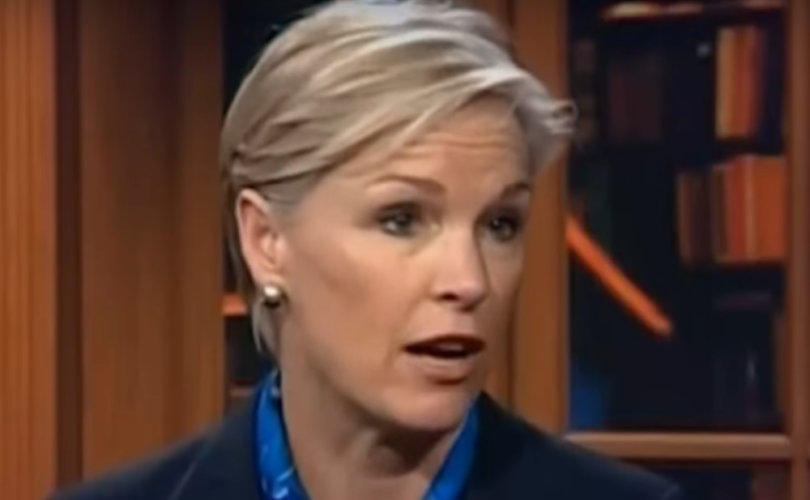 SAN FRANCISCO, May 28, 2020 (Operation Rescue) — Sixteen unsealed excerpts of sworn video testimony from Planned Parenthood executives were released Tuesday by the Center for Medical Progress (CMP), which shows in their own words that Planned Parenthood was involved in obtaining “donations” of fetal tissue organs from women having abortions, only to illegally sell them to middle-man organ procurement companies for profit.

The video testimony was presented in court during a trial last fall in a case* brought by Planned Parenthood against the CMP members who were involved in the undercover investigation into Planned Parenthood’s sale of aborted baby parts for profit. Among the defendants was Troy Newman, President of Operation Rescue, who served as a CMP board member at the time of the investigation.

“From the beginning, we have been prevented from discussing evidence incriminating to Planned Parenthood, due to a gag order issued by the court. This allowed only Planned Parenthood’s false narrative to reach the public,” said Troy Newman. “In fact, the truth about Planned Parenthood’s illegal baby body parts trade has been suppressed for twenty years, since Mark Crutcher of Life Dynamics, Inc. conducted the first investigation on this subject in 2000. Now, with the unsealing of this testimony and other evidence, the truth is finally being told.”

One particularly incriminating exchange was during the video testimony of Tram Nguyen, Abortion Center Administrator for Planned Parenthood Gulf Coast (PPGC). She was asked by defense counsel about an e-mail stream between her and the Regional Medical and Surgical Services Director of PPGC.

Planned Parenthood has publicly lied to Congress and the media since 2015, by telling them that they had “rebuffed” this contract.

And that was not the only contract Planned Parenthood lied about. While publicly claiming that it only received reimbursements for hard costs, Planned Parenthood was actually raking in handsome profits at a number of its abortion facilities, as other recently release evidence proves.

Last month, newly unsealed invoices showed detailed billing for aborted baby remains from nine abortion facilities operated by Planned Parenthood Mar Monte, a California affiliate totaling nearly $25,000 over just three months. Of the nine facilities, the San Jose Planned Parenthood clinic was by far the most profitable, raking in $8,205 for a total of 157 specimens labeled “POC” or “products of conception.”

“Why wasn’t this admission of guilt used against Planned Parenthood? Because its significant political power over corrupt politicians at nearly every level of government has shielded Planned Parenthood from consequences for decades,” said Newman. “That political corruption must be exposed and rooted out.”

The CMP defendants lost the court case where the video testimony was presented and were ordered to pay a combined judgment totaling millions of dollars to Planned Parenthood — all for daring to expose their criminal conduct. Newman’s attorneys with the American Center for Law and Justice are now petitioning for a new trial.

Meanwhile, criminal referrals issued by both the House Select Investigative Panel on Infant Lives and the Senate Judiciary Committee in 2016, opened an FBI investigation that has dragged on without resolution. Sen. Lindsey Graham and Sen. Chuck Grassley sent a letter to Attorney General William Barr on June 18, 2019, seeking an update on the progress of the investigation, but there was never any public response.

“Mounting public evidence, which has been sealed until now, clearly shows that Planned Parenthood broke the law. The truth can no longer be hidden or denied,” said Newman. “I call on the Department of Justice to complete their investigation into Planned Parenthood’s illegal trafficking in aborted baby parts and lying to Congress. Planned Parenthood must be held accountable for their criminal conduct.”

Those videos can be viewed here.