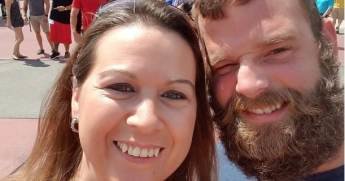 (LifeSiteNews) – The Department of Veterans Affairs (VA) notified the family of a veteran detained for his role in the January 6 riot at the U.S. Capitol that it will stop all benefits payments to them after receiving notification about his indictment from the Department of Justice (DOJ), according to a report by The Epoch Times.

In an unsigned letter dated June 13, the VA informed the family of Kenneth Harrelson that it would suspend all benefits payments after receiving notification from the DOJ that Harrelson was indicted and charged in connection to the January 6 “Stop the Steal” rally. “Pursuant to 38 U.S. Code § 6105(a) … after receiving notice of an indictment for the above offense” the “VA must suspend payment of gratuitous benefits pending disposition of the criminal proceedings,” the letter states. “If convicted, gratuitous benefits are forfeited, automatically, from and after the date of the offense.”

The letter also stated that if convicted, Harrelson’s family would be charged for any “overpayment” the VA gave them in benefits from the time the crime was perpetrated to the date of the suspension.

Harrelson faces six charges in relation to the January 6 protest, according to a complaint filed in March. In addition to conspiracy charges, Harrelson faces charges for obstructing an official proceeding, destruction of government property, entering and remaining in a restricted building or grounds, and tampering with documents or proceedings. He has been detained without trial or conviction for over 475 days in a detention center in southern Washington, D.C. He was arrested on March 10, 2021.

The VA will soon stop all benefits to Kenneth Harrelson, a J6 defendant, not convicted, held in jail now for 475+ days, 3000 miles from his home state, in violation of the law, which states upon conviction. This is what Democrats do to their enemies.#KeeptheRepublicSafe

Republican Rep. Louis Gohmert of Texas, speaking to The Epoch Times, said, “This is what you have when vindictive leftists get in charge of major parts of the government.”

“What we’re seeing is when immoral, mean-spirited, leftist people take over the government, they use every aspect of the government in order to try to inflict their hatred on people with whom they disagree,” he continued. “This is an evil, toxic atmosphere when these types of people are in control of so much of the federal government.”

According to the envelope the letter came in, the letter came from the VA’s Evidence Intake Center (EIC). However, the EIC only handles compensation-related claims, according to Hill and Ponton Disability Attorneys. Harrelson’s wife, Angel, contacted Jeremy Van Cleave, the Veterans Services Counselor at Brevard County Government Center in Viera, Florida, in May 2021.

Angel also lost her job over her husband’s detention, and has been contacting the DOJ to give her the notification that they sent the VA. She told The Epoch Times that she would file a Freedom of Information Act (FOIA) request if she failed to contact the DOJ, and if that did not work, she would sue. She has 60 days before she loses the benefits.

Angel told The Epoch Times that she intends to put their house on the market to help pay bills, saying, “I’m going to call the real estate agent. I have no choice. I have to put this house up for sale.”

“We don’t want it to go into foreclosure because that will ruin our credit. We’ll be able to do something later. I’m going to have to pay for another storage unit because the one I have isn’t going to be big enough. I will probably lose his truck. There’s nothing I can do about that, because if I don’t sell it, we’ll end up being homeless,” she continued. She also stated that she has nowhere to go, feeling that she would be a burden on friends.

She also feels that the family is being targeted by the federal government. “I have asked so many of the other veterans who are in prison from January 6 and no one else has received this, not even the others on the Oath Keepers case,” she told the Times. “Ken is the only one. That’s why I want this to go public because we are being targeted. Probably because I won’t shut up.”

Kenneth Harrelson walked around the Rotunda and took pictures. Didn’t hurt anyone, didn’t break anything and his trial date is continuously being pushed farther out. He has suffered and served more than enough time just waiting for a trial and needs to be released ASAP. https://t.co/0D81VxIdRW

Reacting to the case, Joseph McBridge, an attorney for other defendants from January 6, told the Times that he was familiar with it. “This is disgusting. It’s completely [expletive] up,” he said.

“Kenny Harrelson is entitled to his benefits. He’s merely been accused of a crime and the idea he is going to be stripped of his military medical benefits is without question a violation of his due process rights. That’s crazy. It’s a disgrace. It’s an absolute disgrace. He’s accused and presumed innocent until proven guilty and his family is certainly innocent. All of this is absolutely horrific.”

The Senate Sergeant-At-Arms died Monday amid Congressional hearings about the January 6 protest. His death has sparked questions of foul play, and he had previously suggested that the riot that came out of the protest was caused by “professional agitators.” “Investigations should be considered as to funding and travel of what appears to be professional agitators,” he said. “First Amendment rights should always be considered in conjunction with professional investigations.”

Conservatives have speculated that law enforcement may have been involved in any violence that occurred on January 6. For instance, video of Ray Epps, a January 6 protester urging people to enter the Capitol while Trump supporters shouted him down with chants of “fed, fed, fed,” have sparked questions. Unlike many other January 6 protesters, Epps has not been arrested or charged with a crime.

A representative from the DOJ told LifeSite that the Department does not usually comment on cases except for public filings and court statements.