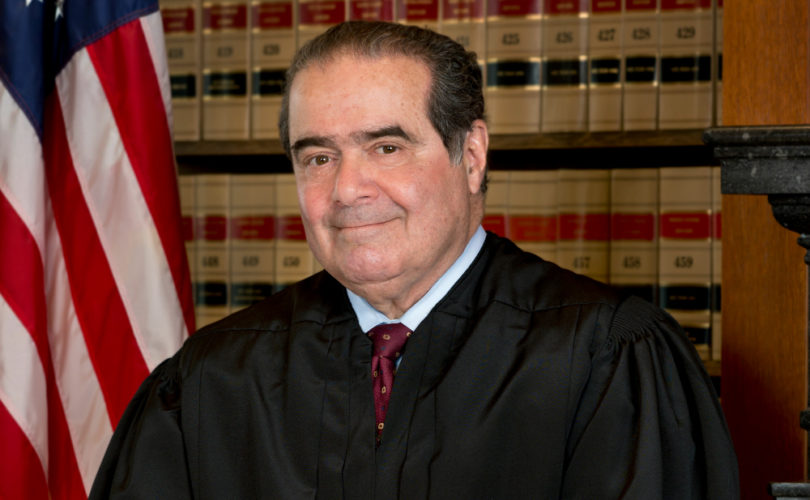 METAIRIE, Louisiana, January 5, 2015 (LifeSiteNews) — The Supreme Court's longest-serving justice, Antonin Scalia, says “there is no place” in the U.S. Constitution for privileging secularism over religion.

The idea of banishing religion from the public square is “absurd,” said the jurist, known for his straightforward style and “originalist” interpretation of the Constitution. “To tell you the truth, there is no place for that in our constitutional tradition. Where did that come from? To be sure, you can't favor one denomination over another but can't favor religion over non-religion?”

The 1986 Reagan appointee said there is “nothing wrong” with invoking God in speeches. He also said that God has favored America.

“God has been very good to us. That we won the revolution was extraordinary. The Battle of Midway was extraordinary. I think one of the reasons God has been good to us is that we have done him honor. Unlike the other countries of the world that do not even invoke his name we do him honor. In presidential addresses, in Thanksgiving proclamations and in many other ways,” Scalia said.

Scalia shared that when he was in Rome the day after the September 11, 2001 terrorist attacks, judges at the same conference said they wished their leaders invoked God as then-U.S. President George W. Bush had in his speech.