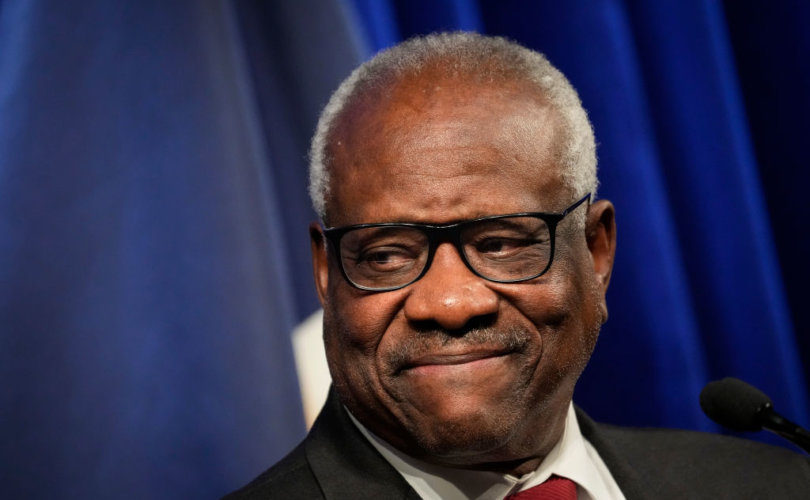 WASHINGTON, D.C. (LifeSiteNews) – Justice Clarence Thomas wrote a concurring opinion today in the Dobbs v. Jackson Women’s Health Organization case that reversed Roe v. Wade. In it, Justice Thomas agreed that Roe should be reversed and argued that the Supreme Court of the United States (SCOTUS) should next revisit other “substantive due process” cases.

The late Justice Antonin Scalia correctly predicted in 2003 that Lawrence would lead to the required recognition of homosexual “marriage.”

“The Court well explains why, under our substantive due process precedents, the purported right to abortion is not a form of ‘liberty protected by the Due Process Clause,'” Justice Thomas wrote.

While he wrote that he agreed that today’s ruling does not affect those cases now, he wants the court to reconsider them and all other related cases that relied on a “substantive due process” claim.

“For that reason, in future cases, we should reconsider all of this Court’s substantive due process precedents, including Griswold, Lawrence, and Obergefell,” Thomas wrote.

“But, in future cases, we should ‘follow the text of the Constitution, which sets forth certain substantive rights that cannot be taken away, and adds, beyond that, a right to due process when life, liberty, or property is to be taken away,'” Thomas continued, quoting the late Justice Antonin Scalia’s concurring opinion from a 1994 case.

“Substantive due process conflicts with that textual command and has harmed our country in many ways,” Thomas concluded. “Accordingly, we should eliminate it from our jurisprudence at the earliest opportunity.”

“By choosing to privilege a novel constitutional right over the religious liberty interests explicitly protected in the First Amendment, and by doing so undemocratically, the Court has created a problem that only it can fix,” Thomas wrote in 2020, commenting on the denial by SCOTUS to hear a challenge from Kentucky clerk Kim Davis who refused to authorize same-sex “marriages.”

“Until then, Obergefell will continue to have ‘ruinous consequences for religious liberty,'” he predicted.