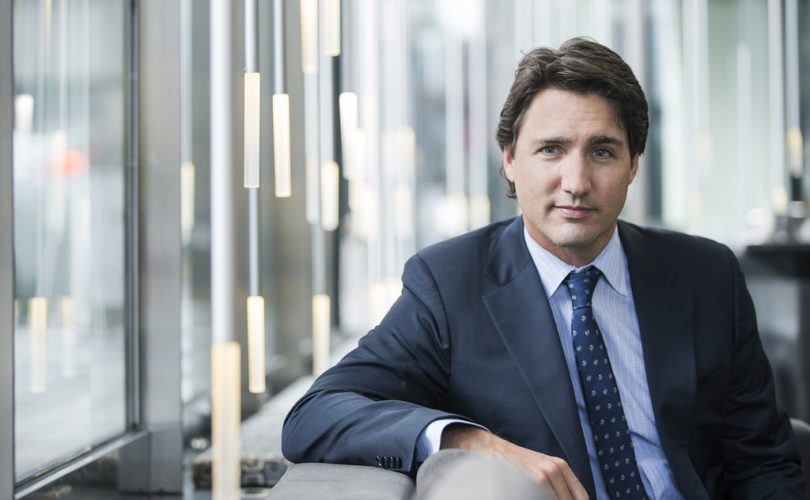 'This is not the kind of thing we want to associate with leaders of our country,' said Mary Ellen Douglas of Campaign Life Coalition.Liberal Party of Canada

Justin Trudeau, the leader of Canada’s Liberal Party, attended Planned Parenthood Ottawa’s fundraiser last week, along with other Grit MPs and some from the New Democrats.

The event was reported by Cynhia Munster on the ipolitics website, under the headline, “In the City: Planned parenthood fundraiser draws big laughs.”

While Trudeau has repeatedly referred to himself as a faithful Catholic in the past, his attendance at the Planned Parenthood event didn’t surprise pro-life leaders.

“Why is this news?” commented John Hof, the head of United for Life B.C. “Where else can Justin Trudeau go? He’s kicked everybody else out of his party but the pro-abortionists.”

Hof was referring to Trudeau’s announcement earlier this year that pro-life candidates would no longer be welcome in the Liberal Party.

Mary Ellen Douglas, organizer for Campaign Life Coalition of Canada said that while Trudeau appears comfortable with abortionists and with sex toys, “The only things he’s uncomfortable with are life and democracy.”

As for the sexual raffle prize, she said it fits with Trudeau’s recent flippant, and much-criticized remarks about Canada’s fighter jets as phallic symbols.

“This is not the kind of thing we want to associate with leaders of our country,” she added. “It’s childish and immature. But this country has to grow up. It cannot escape the consequences of four million abortions since 1969.”

1
Departing from Africa, Pope Francis renews call to end anti-sodomy laws
2
How the US gov’t built a shadow structure that enabled COVID vax ‘bioterrorism’
3
It’s beginning to look like the establishment will throw Zelensky under the bus to save face
4
Top microbiologist alleges Thailand may cancel Pfizer contract after suspected vax injury to princess
5
Satanic statue honoring pro-abortion Justice Ruth Bader Ginsberg to go on display in Texas
Subscribe to Daily Headlines »