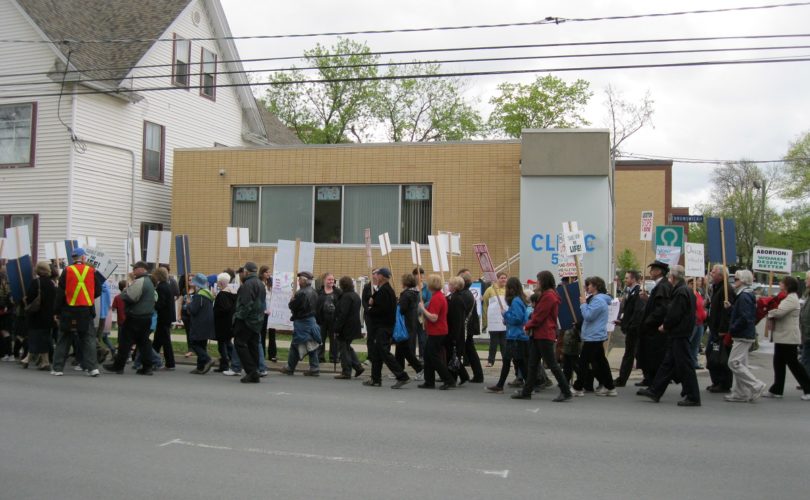 FREDERICTON, New Brunswick, April 22, 2020 (LifeSiteNews) – A Canadian Premier has resisted pressure from Prime Minister Justin Trudeau’s Liberal government to financially support the only private abortion center in his province, even after its health funding was cut.

In March, federal Health Minister Patty Hajdu reduced funding to New Brunswick by $140,216 because the province refused to subsidize Clinic 554, the only private abortion facility in New Brunswick. Hajdu said she derived the dollar figure from the out-of-pocket costs for those seeking abortions in 2017-18.

New Brunswick Premier Blaine Higgs was not influenced by repeated attempts from Trudeau and Hajdu to force him to fund Clinic 554.

Under New Brunswick law, government funding for abortion in the province is only provided to those performed at hospitals. Clinic 554 is the original site of the Morgentaler abortion center and has been in operation since 2015 without the financial backing of the province. Citing financial issues, Clinic 554 is now reportedly for sale.

Despite the funding cut to the province, Higgs held firm and refused to budge. In early April, Hajdu announced that the funding would be “temporarily” restored after the outbreak of the coronavirus.

Trudeau and Hajdu have been vocal that the New Brunswick law banning private abortion clinic funding violates the Canada Health Act. In the fall of 2019, Trudeau warned Higgs that his province “has an obligation” to fund private abortions.

“If they don't come into compliance with the Canada Health Act, they will be subject to deductions as appropriate for the specific infraction,” Hajdu said in February.

“This is a real win for the pro-life cause. In the face of enormous pressure from the one-sided mainstream media and the vocal pro-abort lobby, New Brunswick has held fast in denying taxpayer funding to a private, for-profit, financially failing, preborn baby slaughterhouse,” Cooke said.

“Even with the entire weight of the federal Liberal government being brought to bear on behalf of Clinic 554, Premier Higgs refused to budge.”

Despite the lack of provincial backing for Clinic 554, abortion remains available and taxpayer-funded in New Brunswick at two hospitals in Moncton. The province also continues to fund the dangerous abortion drug Mifegymiso to women for free.

“Although thankful to Premier Higgs for standing firm, nevertheless our fight continues to ensure that one day not a single dime of taxpayer money will fund abortions in this province, and that abortion will not be the law of the land anymore in Canada,” Cooke told LifeSiteNews.

Higgs has been New Brunswick’s Premier since 2018. His Progressive Conservative Party narrowly won the election that year, and with the help of the People's Alliance party, he defeated pro-abortion Liberal Premier Brian Gallant via a no-confidence motion.

In 2014, Gallant eliminated a pro-life requirement of two doctors' approvals for an abortion.

CLC launched a petition in late 2019 that encouraged Higgs to stand his ground against federal pressure to fund private abortions. In late December, Cooke went to New Brunswick to present Higgs with the names of more than 2,200 who signed the petition. As of today, the petition has nearly reached its 3,000 goal.

“Good news is hard to come by in the pro-life battle, but when we do find it, we need to give thanks and encourage those who have shown a measure of courage and commitment – as Premier Higgs has,” Cooke said in a CLC news release about Higgs refusal to capitulate to the federal government.

“Let’s be sure to send him an email expressing our gratitude for refusing to bail out Clinic 554.”

The New Brunswick Right to Life’s Mother and Child House runs the Women's Care Centre, which offers free ultrasounds, counseling, and pregnancy tests. They are located right next to Clinic 554, having had to rebuild on the site after suffering a fire in 2016.

A recent survey shows a majority of Canadians are opposed to late-term and sex-selective abortion and would support making these practices illegal.