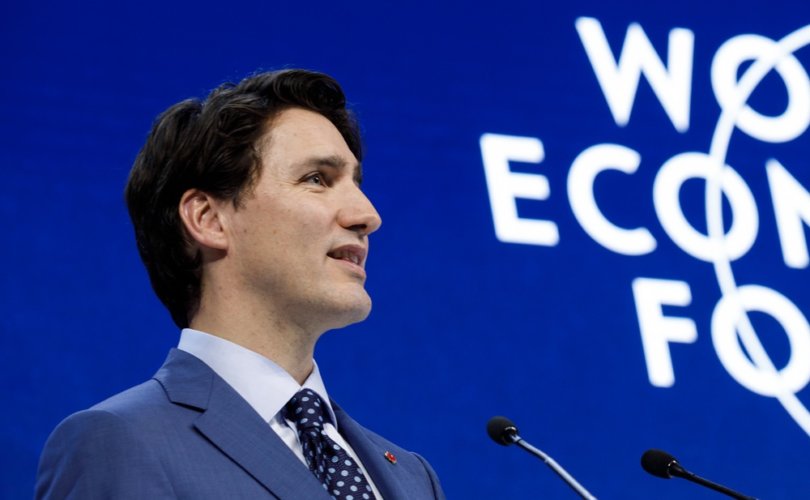 OTTAWA, February 13, 2018 (LifeSiteNews) — A pro-family group has blasted Prime Minister Justin Trudeau’s bill legalizing recreational cannabis as “monstrous” and a “devastating attack” on society and families, and is urging Canadians to lobby the Senate to reject the legislation.

Most egregiously, Bill C-45 or the Cannabis Bill, poses significant risks for children, REAL Women of Canada vice president Gwen Landolt said in a critique posted on the group’s website.

The Liberal bill allows children over age 11 to “freely possess, use, and even share marijuana up to five grams [10 joints] at a time,” she pointed out.

“There is absolutely no recourse if a minor is seen carrying, using, or handing out marijuana,” wrote Landolt. “A child can literally take ten joints from his parents’ stash, hand it out to his friends, go back home, take another ten, hand them out and keep doing it as often as he wants. This will deeply affect school environments and our neighbourhoods.”

Bill C-45 also allows individuals over age 17 to buy and possess marijuana “in any amount. It only restricts its public use (and sharing) to 30 grams at a time (equal to 60 joints).” The bill also lets Canadians grow up to four cannabis plants in their home, Landolt noted.

Trudeau promised during his campaign he would legalize recreational pot. He told Huffington Post Canada in 2013 he smoked marijuana about five or six times in his life, with the last time about two years after being elected a Member of Parliament in 2008.

Trudeau said in April 2017 that his younger brother Michel had been charged with possession of marijuana six months before he was killed in an avalanche in 1998, and that their father, former prime minister Pierre Elliott Trudeau, used his influence to “make those charges go away,” according to a Guardian report.

In late November, the Liberals invoked time allocations on the final vote in the House of Commons on Bill C-45, over protests by Conservatives.

But the bill has since stalled in the Senate, potentially delaying the Liberal goal of fully implementing it by July, the Globe and Mail reported last week.

Three cabinet ministers went to the Senate last Tuesday to defend the bill, with senators quizzing Health Minister Ginette Petitpas Taylor, Justice Jody Wilson-Raybould and Public Safety Minister Ralph Goodale for about two hours. But the senators did not commit to expediting the bill.

Indeed, about 20 Conservative senators who signed up to speak to the bill during second reading debate haven’t done so yet. Senators don’t have to debate legislation within a set period of time, reported the CBC.

Moreover, after it passes second reading, the bill goes to committee, where senators are expected to call a number of witnesses, and suggest amendments, it reported.

Tory Senate leader Larry Smith says the Conservatives aren’t being obstructionist, but have genuine concerns. But the bill’s sponsor, Independent Senator Tony Dean, says given the glacial pace of debate, the Liberals might invoke time allocation on the Senate — which would be a first for the Trudeau government, according to the Globe.

The liberal media is urging Trudeau to do just that.

The National Post reprinted a Toronto Star editorial praising Bill C-45 as “among the best and certainly the boldest pieces of legislation this government has yet pursued” and, with 65 percent of Canadians allegedly backing it, “wildly popular.”

But Landolt is exhorting Canadians to use the time they have to lobby senators to nix the bill.

“If passed, Canada will be only the second nation in the world after Uruguay to fully legalize this dangerous drug. We must try to stop it,” she wrote.

Scientific evidence shows cannabis is dangerous to the health, with particularly adverse effects on children and teenagers, Landolt noted.

The Canadian Medical Association, the Quebec Association of Psychiatrists, and the Pediatricians Alliance of Ontario warn that the “human brain continues to develop until 25 years of age and marijuana use gravely stunts the development of adolescents.”

And while Trudeau promised to legalize dope to “get the millennial vote,” now it’s the “gold-rush of capitalists pushing it,” observed Landolt.

The market for recreational pot in Canada could rise to between $8 to $9 billion dollars annually, according to Globe figures, she wrote.

“Pro-marijuana propaganda is flooding the media in order to indoctrinate and habituate the public to use marijuana for the financial benefit of marijuana entrepreneurs,” noted Landolt.

She also dismissed as “fantasy” the idea that legalizing cannabis will stop criminals selling it. “Police, experts and experience all indicate that the black market always undercuts legal marijuana sales.”

UPDATE: Because several commentators have questioned REAL Women’s analysis of Bill C-45, LifeSiteNews is publishing relevant sections of the legislation, which does not deal with marijuana prescribed for medical reasons, already regulated by law, but with the recreational use of cannabis.

From Section 2, definitions: young person means: (a) for the purposes of sections 8, 9 and 12, an individual who is 12 years of age or older but under 18 years of age;

Section 8 (1) Unless authorized under this Act, it is prohibited (c) for a young person to possess cannabis of one or more classes of cannabis the total amount of which, as determined in accordance with Schedule 3, is equivalent to more than 5 g of dried cannabis;

Section 9 (1) Unless authorized under this Act, it is prohibited (b) for a young person (i) to distribute cannabis of one or more classes of cannabis the total amount of which is equivalent, as determined in accordance with Schedule 3, to more than 5 g of dried cannabis.

Section 69 (3)(b) prohibits the sale of cannabis to a young person.

The full bill can be read here.