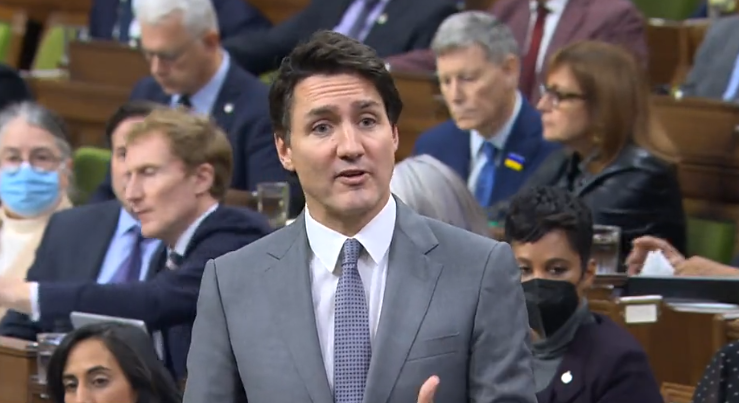 OTTAWA (LifeSiteNews) – In Parliament on Tuesday, leader of the opposition Pierre Poilievre grilled Prime Minister Trudeau 11 times about possible Chinese interference into Canadian elections, and each time Trudeau refused to give a “yes” or “no” answer.

During the question period in the House of Commons, Poilievre first asked Trudeau: “Did they [intelligence officials or law enforcement] ever inform the Prime Minister of Beijing’s interference in our elections? Yes or no.”

Trudeau did not answer the question directly, but instead expressed his view that Canadian law enforcement and intelligence officials “take the importance of fighting against foreign interference very seriously… I can assure the member… that in the 2019 [and] 2021 elections there was no foreign interference in a way that would have changed any of the results in any significant way…”

Poilievre accused Trudeau of having used “words to obscure the answer” and rephrased his question more simply. “Was there any interference of any kind?” he asked plainly.

Trudeau seemingly changed his tune and admitted that “interference in Canadian affairs by foreign powers is an ongoing thing… but the integrity of our elections was not compromised.”

“He still won’t answer the question,” Poilievre retorted, once again asking if Trudeau was briefed by relevant officials of “any interference in any of our elections.”

Again, Trudeau did not answer his question, but instead appealed to the fact that committees exist to monitor whether elections are compromised.

“The question was not whether the election was compromised,” Poilievre quipped. “The question was whether officials… at any time informed the Prime Minister of allegations of any interference in our elections.”

He then said very slowly and deliberately, “yes, or no?”

Trudeau dodged the question again and said emphatically that he had no knowledge of any politicians in his party receiving money from the Chinese government.

Again, Poilievre repeated the same question and Trudeau dodged it again, leaning on his previous opinion that the outcome of elections was not impacted by China.

After Trudeau’s repeated dodging of Poilievre’s questions, the leader of the Bloc Quebecois took a similar line of questioning, with Trudeau again continuing to give vague and ambiguous answers.

The line of inquiry follows a recent Global News report which stated that the Canadian Security Intelligence Service (CSIS) has identified at least 11 candidates – who have yet to be publicly named –  in the 2019 federal election who were thought to be under the direct funding and influence of the Chinese Communist Party (CCP).

The report also stated that Trudeau was made aware of this alleged interference earlier this year, but failed to disclose any such information to the public.

Since then, the Trudeau government has faced immense backlash, with the prime minister himself being rebuked by Chinese President Xi Jinping for apparently “leaking” the details of private conversations they have had to the press.

The Canadian House of Commons affairs committee has likewise taken issue with the interference allegations, voting unanimously that any documents relating to CCP interference in the nation’s 2019 and 2021 federal elections be released.