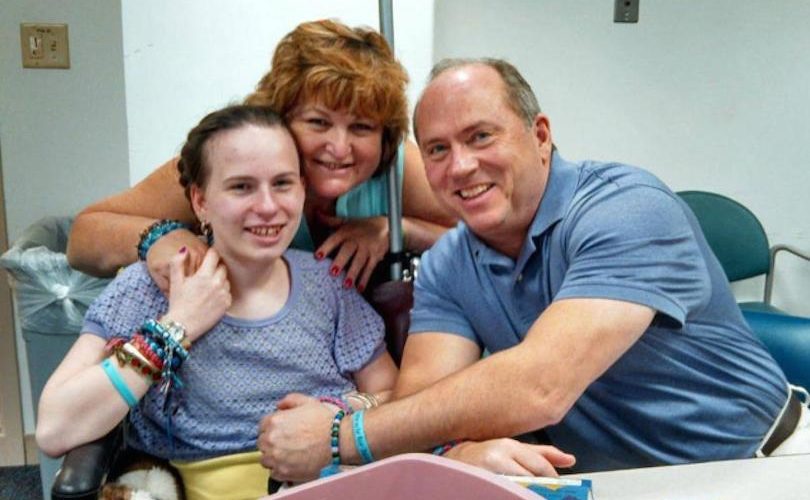 Justina Pelletier visited Washington, D.C., Wednesday to tell members of Congress about the ordeal she experienced at the hands of the Massachusetts Department of Children and Families (DCF) and Boston Children's Hospital.

Justina urged Congress to pass “Justina's Law,” a bill named after her which would defund involuntary medical research upon children in state custody. Liberty Counsel began representing the Pelletiers in late February and worked diligently in the courts to free Justina. Liberty Counsel’s office in Washington, D.C., arranged for Justina's testimony today, along with other meetings with legislators this week.

By invitation of Rep. Michele Bachmann, Justina told her story to more than 70 members of Congress at the Republican Study Committee (RSC). Today's testimony before the RSC was only the second time in the committee's history that a non-RSC member has addressed it. After hearing her story, Justina received a standing ovation, and 13 members cosponsored the bill on the spot. On Thursday, Justina will meet with a bipartisan group of legislators, followed by a press conference at 11:00 a.m. ET on Capitol Hill.

Currently, wards of the state who are in the custody of the Department of Children and Famliies may be subjected to unproven medical treatments, even without direct benefit to the child.

“Children are not guinea pigs and should not be treated as such,” said Mat Staver, founder and chairman of Liberty Counsel. “Funding such treatment creates a perverse incentive for hospitals to claim ‘medical abuse’ on the part of parents, and for states to rubber-stamp such claims and remove children from their loving parents and turn them over to the hospitals, all with federal tax dollars.”

“Justina's Law is not about politics,” Staver said. “It is about protecting families and children from financially conflicted medical researchers and state overreach.”