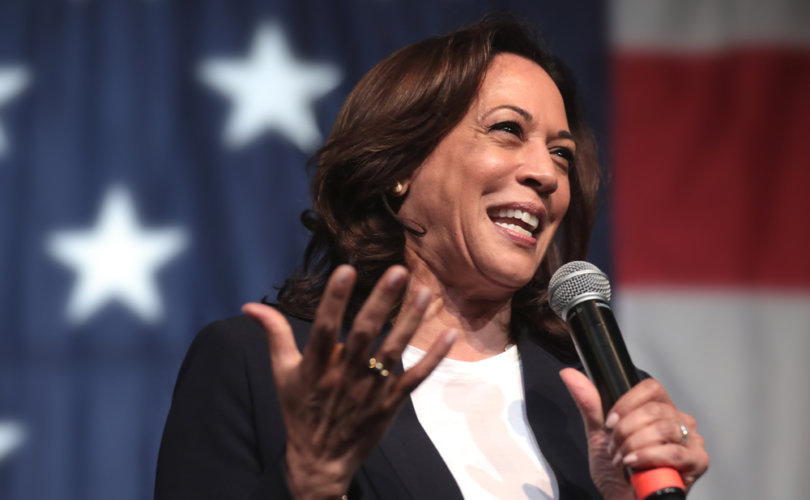 (Live Action) – David Daleiden, founder and president of the Center for Medical Progress (CMP), is continuing to fight charges filed against him by then-California Attorney General Kamala Harris, who is now the Vice President of the United States. CMP is also in the process of appealing a $16 million lawsuit from Planned Parenthood.

Now, new evidence has been uncovered alleging shocking levels of corruption between Harris and the abortion industry, allowing them to silence Daleiden and CMP.

Daleiden, along with CMP investigator Sandra Merritt, had been charged with violating a state eavesdropping law, just after Planned Parenthood and NAF worked together to file a lawsuit preventing the release of new undercover videos. They filed the lawsuit before Judge William Orrick, who has ties to Planned Parenthood. In addition, Orrick and his wife have continued to donate to Planned Parenthood, openly showing support for the abortion chain on social media while demonizing CMP as “domestic terrorists.”

After Orrick issued an injunction against the release of any new videos, Harris met with Planned Parenthood executives. Daleiden has alleged that Planned Parenthood general counsel Beth Parker told Harris she wanted access to his computers.

Email exchanges also show Harris and Planned Parenthood working together to get a search warrant to obtain CMP’s full, unedited videos. She further worked with Planned Parenthood to craft a bill that would make recording undercover conversations with “health care providers” a crime, with the parties passing copies of the bill back and forth before submitting it.

“Four days later, Foran charged $350 for “Review legal research notes regarding defenses to use of fake drivers license under California law and phone call regarding same.” The unsealed search warrant for Daleiden’s apartment cites California Vehicle Code 4463 (a)(1) and California Penal Code 470(a) — both state laws pertaining to identity fraud.

Meanwhile, NAF’s civil suit was filed in federal court and referenced a federal law regarding fake identification as part of its Racketeer Influenced and Corrupt Organizations (RICO) claims.

Both the billing records and one of the state DOJ’s investigation also point to some form of cooperation. A May 31, 2017, record shows Foran noting “phone calls with superior court and California AG’s office regarding status of flash drive of NAF materials lodged in criminal case.”

“No discovery was provided by Mr. Daleiden’s attorneys in civil cases filed by PP and NAF at that time. The reference to new videos can only relate to the videos seized pursuant to the search warrant,” attorney Brent Ferreira said in a statement to Fox News, adding, “this case is the most egregious abuse of prosecutorial power that I have ever seen and I was a trial and appellate lawyer in the Los Angeles County District Attorney’s Office for [30] years.”

Attorney General Xavier Becerra ultimately filed 15 charges against Daleiden and Merritt, and automatically refiled more charges after 14 of them were thrown out.

Undercover recordings are commonly used by journalists, and California did not seem to take issue with undercover tactics until citizen journalists utilized them to expose the abortion industry’s activities. The charges against Daleiden and Merritt were so egregious and threatening to undercover journalism in general that the U.S. Reporters Committee filed a friend of the court brief opposing them.