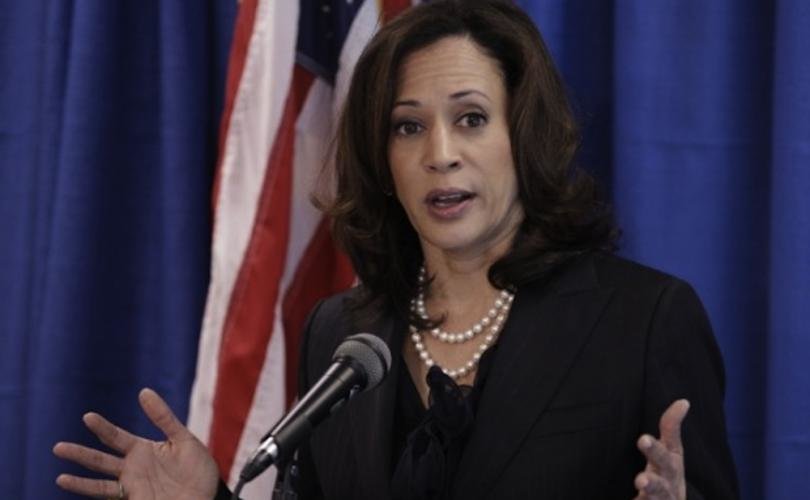 TALLAHASSEE, Florida (LifeSiteNews) – Vice President Kamala Harris delivered remarks over the weekend bemoaning the overturn of Roe v. Wade on what would have been the ruling’s 50th anniversary, during which she quoted the Declaration of Independence with a glaring omission.

“A promise we made in the Declaration of Independence that we are each endowed with the right to liberty and the pursuit of happiness,” Harris said Sunday before a Florida audience. “Be clear. These rights were not bestowed upon us.  They belong to us as Americans.”

The most famous passage from the Declaration of Independence states that “[w]e hold these truths to be self-evident, that all men are created equal, that they are endowed by their Creator with certain unalienable Rights, that among these are Life, Liberty and the pursuit of Happiness.” The vice president’s invocation of that passage skips over “life,” the right that legal abortion deprives the preborn.

BREAKING: @VP @KamalaHarris LEAVES OUT "right to Life" when quoting the Declaration of Independence! pic.twitter.com/NUs6S0f7Ub

“And since our founding, we have then been on a march forward to fully realize our promise to complete the unfinished work to secure freedom and liberty for all,” Harris continued, claiming that Roe “expanded rights which then advanced the cause of freedom and liberty,” by “recogniz[ing] the fundamental constitutional right of a woman to make decisions about her own body — not the government.”

But June’s Dobbs ruling that overturned Roe “took away that constitutional right — a fundamental right, a basic freedom — from the people of America,” she claimed, leading to a litany of alleged harms.

Harris claimed that now “patients are denied critical care and even fear that they will be punished simply for seeking care,” despite the fact that every state with pro-life laws currently in effect expressly makes exceptions for life-saving care in medical emergencies.

I had a ruptured ectopic pregnancy in the state of Tennessee one month ago. At no time was I refused care and at no time was anyone restricted from saving my life, even though my baby did die. This is misinformation that could prevent women from seeking help. https://t.co/Uh9NdFHkqQ

She then cited the case of a 10-year-old Ohio girl who was raped and taken to Indiana for an abortion. The story was initially cited as an indictment of the state’s six-week abortion ban, but Ohio Attorney General David Yost maintained that the law would have given doctors the discretion to allow an abortion due to the girl’s age, and that she may have actually been taken out of state in an attempt to avoid identifying her rapist: an illegal immigrant possibly in a relationship with her mother.

Harris also cited Amanda Zurawski, a Texas woman who says she almost died because doctors refused to treat an insufficient cervix until she developed sepsis, for fear of violating the state’s abortion bans. But while Texas Republican Gov. Greg Abbott granted at the time that the law should be clarified, existing state law expressly allows life-saving care even at the expense of a baby’s life, and pro-life doctors argued the tragedy was a case of negligent doctors, not abortion bans tying their hands.

“The right of every woman in every state in this country to make decisions about her own body is on the line,” Harris said. “And I’ve said it before, and I will say it again: How dare they? How dare they?”

Long-settled biological criteria and mainstream medical textbooks recognize that a living human being, structurally and genetically distinct from his or her mother, is created upon fertilization and is present throughout the entirety of pregnancy. This is not in serious dispute; in 2019, University of Chicago Department of Comparative Human Development graduate Steve Jacobs found that 96% of more than 5,500 biologists he surveyed agreed, despite overwhelmingly identifying as “liberal,” “pro-choice,” and Democrats, and a majority identifying as “non-religious.”

Yet the pro-abortion vice president has a history of dehumanizing the preborn in public remarks, having on various occasions suggested that they are not “real people” or “real human beings.”