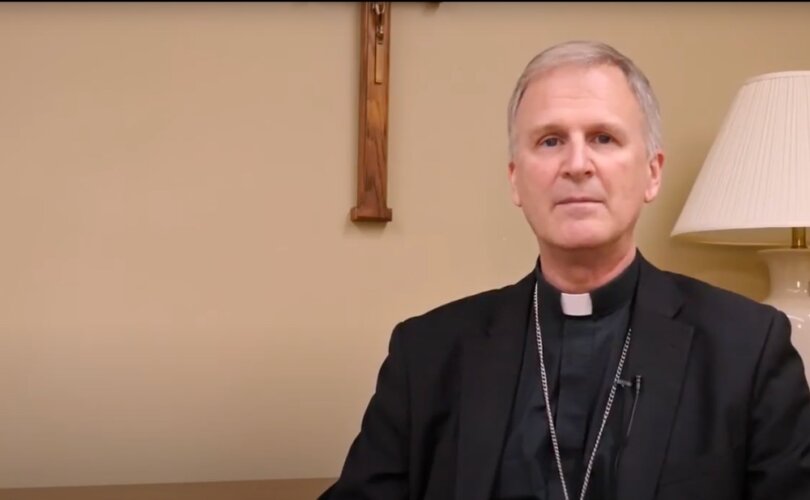 KANSAS CITY, Missouri (LifeSiteNews) — A Catholic homeschooling mom of 11 who was arrested in 2020 for praying in a church without a mask has revealed she was subsequently banned by the diocesan bishop from entering any of his churches.

In February Jane Bernardel received a formal canonical rebuke and penal precept from Bishop James Johnston of the Diocese of Kansas City – St. Joseph. The letter accused her of multiple “grave disturbances” and forbid her presence on diocesan property for at least one year, with the exception of cemeteries.

On Halloween 2020 Bernardel was arrested for praying in an empty church without a mask and refusing to leave at the insistence of a priest she says was not wearing a mask either. Although Bernardel was found guilty of trespassing in July 2021, a judge dismissed her case in January after she followed the terms of a six-month diversion period.

The letter further accused Bernardel of “intentionally and forcefully [shoving]” and grabbing a wheelchair from a parishioner at Oratory of Old St. Patrick Church in February, as well as creating an atmosphere where parishioners were “always on edge” because of her purported “volatility and hostility.”

Bernardel denied both accusations in an exclusive interview with LifeSiteNews, adding that they come from the same woman.

Bernardel was never criminally charged in the alleged shoving incident.

“I was getting a wheelchair out of the church and pulling it out and holding the door open with my body at the same time,” she said. “The chair was aluminum, was a very light wheelchair, and I just got it outside and was trying to get it over to the man who needed it. He was very feeble. And she did not want me to do that.”

As for accusations of yelling in church, Bernardel said in a written statement that “absolutely no yelling or shouting ever, ever took place.”

RELATED: Maskless priest has homeschooling mom of 11 arrested for not masking in church

A homeschooling mom who lives in Kansas City, KS, but frequently traveled across state lines to attend the Traditional Latin Mass in Kansas City, MO, Bernardel told LifeSiteNews she and her family assumed the situation would cool down after her trespassing case was dismissed.

But a Kansas-based priest later told her she was receiving a diocesan censure.

“I had to look up what that was. I didn’t know what that meant, even. And on the phone, he tried to describe it to me. And I said, ‘But why would they do that? What have I done?’ And he said, ‘You know, Jane, it’s probably nothing, but people are being persecuted. And I think you’re one of those people,'” she said. “They had asked him to serve the precept because I’m out of their jurisdiction. So they had called him to ask him to participate in a meeting with me and the Kansas City, MO, side so they could give me the precept.”

Bernardel has been trying to resolve the issue with her canon lawyer but has not made progress with Bishop Johnston. She believes the penal precept was ultimately brought against her because she refused to wear a mask in the empty church on Halloween 2020.

“I really don’t know what else it would be,” she said.

LifeSiteNews reached out to the Diocese of Kansas City – St. Joseph for comment but has not yet received a reply.