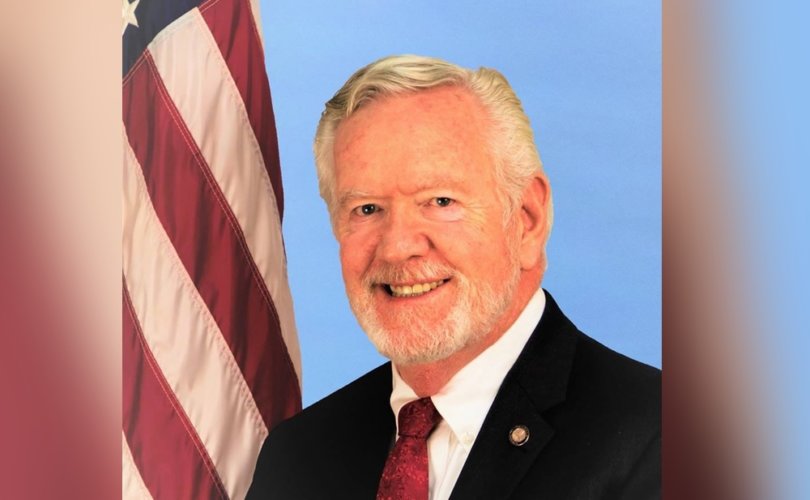 KANSAS, July 10, 2018 (LifeSiteNews) – A Republican state senator running for Congress is holding his ground despite denunciations for comparing Planned Parenthood’s abortion business to the Nazis’ mass slaughter of Jews during World War II.

Kansas state Sen. Steve Fitzgerald is currently running to replace the retiring Rep. Lynn Jenkins in the U.S. House of Representatives, and the pro-life candidate has come under fire for condemning abortion with forceful historical comparisons.

Last month, critics revisited a 2017 incident in which he sent a letter to Planned Parenthood Great Plains expressing displeasure that someone had donated to the organization in his name.

“This is as bad – or worse – as having one’s name associated with Dachau,” Fitzgerald wrote at the time. Dachau was one of the Holocaust’s most notorious concentration camps, which housed more than 188,000 and claimed at least 28,000 victims.

During a March legislative debate over whether to ban taxpayer funding of research using aborted baby parts or involving the destruction of embryonic humans, Fitzgerald drew a parallel between abortion and the “abhorrent” experiments and the crimes of infamous Nazi scientist Josef Mengele. He also equated Nazis’ use of euphemisms such as “untermensch” (less than human) with pro-abortion rhetoric claiming fetuses are “not really human.”

Fitzgerald’s rhetoric drew condemnations from Democrats, pro-abortion groups, the Rabbinical Association of Greater Kansas City and even the Kansas Republican Party, which said “the two issues are very different and should not be compared.”

In his most recent remarks to a July 2 meeting of the Leavenworth County GOP, however, the candidate stressed that his language is not only correct, but important.

“It was a firestorm. I got calls from everywhere, 'How dare you? How could you? How could you compare it to Dachau?'” Fitzgerald said, according to CNN. “I said, you are right, 'Dachau really wasn't one of the bigger killing camps and these guys' numbers are way beyond anything that they did.'”

The United States Holocaust Memorial Museum estimates that 6 million Jews died in the Holocaust, along with millions of additional victims including Soviets, Poles, Polish and Serb civilians, gypsies, Jehovah's Witnesses, political and resistance prisoners, and homosexuals. It is estimated that more than 60 million babies have been aborted in the United States since Roe v. Wade.

Fitzgerald is one of six Republicans running for Kansas’ Second Congressional District. The winner will face former Democrat state Rep. Paul Davis in the general election. Kansans for Life has endorsed Fitzgerald.