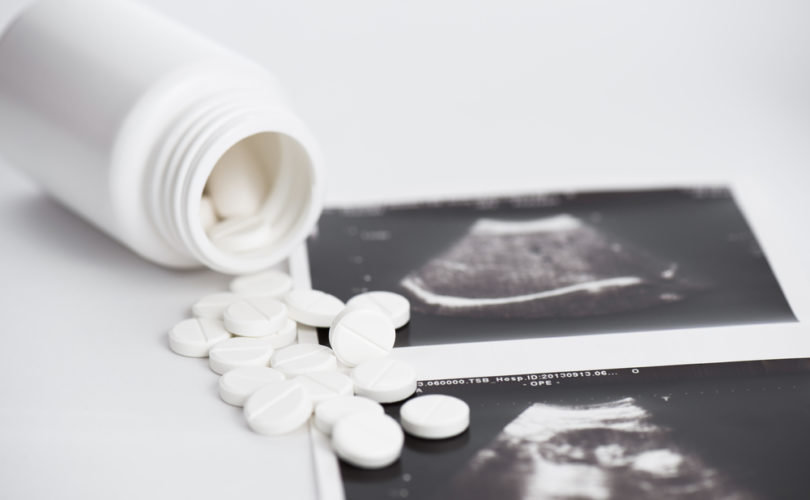 TOPEKA, Kansas, April 23, 2019 (LifeSiteNews) – Democrat Kansas Gov. Laura Kelly vetoed legislation Monday that would require abortionists to inform women considering chemical abortions about the possibility of reversing them within a certain time window, but pro-life lawmakers stress that there remains a chance to gather enough votes to enact the law anyway.

Abortion pill reversal consists of administering extra progesterone to counteract the effects of the abortion drug mifepristone (better known as RU-486), ideally within 24 hours of taking the abortion pill and before taking misoprostol, a second pill dispensed to expel an aborted baby at home.

Its pioneers credit it with helping more than 400 women save their babies since 2007, and say they have even had successes when the treatment begins within 72 hours of taking the abortion pill. Overall, they say they’ve seen a 55 percent success rate, meaning that while reversing a chemical abortion is far from certain, it has the capacity to save many babies.

The Kansas bill would require any facility that offers RU-486 abortions to post a sign advertising that the drug is not always effective and can be reversed before taking misoprostol, as well as information on where to find further resources and assistance about abortion pill reversal. Abortionists themselves would be required to inform women about reversal at least 24 hours before dispensing mifepristone, except in cases of “medical emergency.”

Facilities that fail to post the sign would be fined starting at $10,000, and abortionists who fail to inform their patients would be committing a Class A misdemeanor for a first offense and a felony for every subsequent violation.

The state legislature passed the measure, but Kelly vetoed it on the grounds that it would “interfere with the relationship between patients and their physicians” and “create confusion and could be harmful to women’s health,” the Wichita Eagle reported.

“This veto sends a strong message to all Kansans that our governor believes every person has the right to make their own personal medical decisions without political interference,” Planned Parenthood Great Plains lobbyist Rachel Sweet declared in approval.

“There’s no forcing anyone into this treatment. It’s just a notification that the option exists,” Republican state Sen. Gene Suellentrop said.

Kansans for Life accused Kelly of doing a “disservice to Kansas women,” with the group’s executive director Mary Kay Culp calling it “ridiculous to paint the protocol as untested, and medically unsound” considering that the “bill’s chief sponsor, Dr. John Eplee, is this year’s Kansas Family Practitioner of the Year” according to the Kansas Academy of Family Physicians.

Kelly’s veto may not be the last word in the matter; the legislature came just one Senate vote short of the two-thirds vote necessary to override a governor’s veto, and Suellentrop said two Republicans absent on the day of the vote are likely to add their support.

“I think there’s a strong potential for override,” he said.

Lawmakers return to the state capitol on May 1.