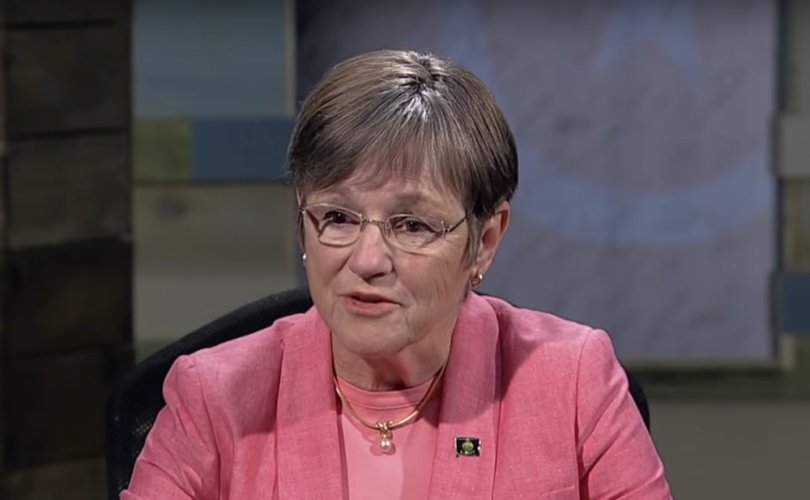 Kelly vetoed both measures on April 15, arguing that the Fairness in Women’s Sports Act was “divisive,” would repel businesses, and “didn’t come from the experts” in school athletics; and that under the parental-rights bill, which would require schools to develop a process through which parents can raise objections to classroom material, “money that should be spent in the classroom would end up being spent in the courtroom.”

The Washington Times reported that the Kansas Senate successfully voted 28-10 to override, but the Kansas House vote on the sports bill was 81-41, just three votes short of the two-thirds super-majority necessary to enact the law over the governor’s opposition, while the House’s override vote on the parental rights bill fared even worse at 72-50.

Fairness in Women’s Sports supporters argue that indulging supposedly transgender athletes’ desire to compete as their “new gender” undermines the rational basis for having sex-specific athletics in the first place – the immutable physical differences between men and women – thereby depriving female athletes of recognition and professional or academic opportunities. Scientific research affirms that concern, indicating that hormone suppression does not suffice to cancel out the physiological advantages enjoyed by male athletes.

The parental rights bill, meanwhile, is part of a wave of similar laws being proposed by Republicans across the country in response to a deluge of examples of left-wing teachers using their taxpayer-funded positions of authority to expose captive underage audiences to various far-left doctrines, from critical race theory to gender fluidity.

While conservatives lost these battles, some predict Kelly has set herself up for defeat in the long run.

“Democrats in Kansas are determined to find out the hard way what Democrats in Virginia learned last year: voters don’t elect candidates who tell parents they don’t matter,” says Republican Governors Association spokeswoman Joanna Rodriguez, referring to last fall’s Republican sweep of Virginia, which was fueled in large part by popular discontent with Democrat obstinance on both issues.

Among those capitalizing on the vetoes is Kansas Attorney General Derek Schmidt, who is running in the GOP primary to challenge Kelly for the governor’s office. “Men should not be competing in women’s sports,” he said. “Governor Kelly today vetoed (for the second time) a bill to implement that commonsense principle. I would have signed the bill into law.”