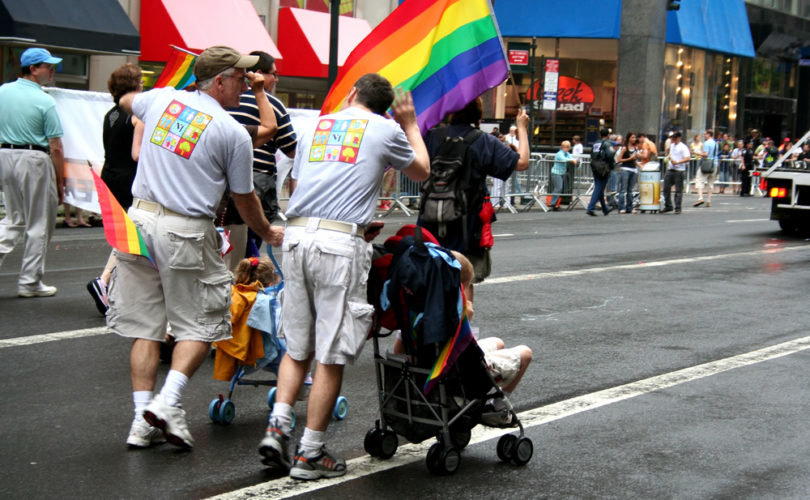 May 4, 2018 (LifeSiteNews) — The legislatures of both Kansas and Oklahoma have passed legislation protecting religious adoption agencies’ right to place children only in homes with a mother and a father.

Both bills passed their respective state houses on Thursday, the Associated Press reports, with Kansas’ Senate approving theirs Friday morning. The legislation now goes to their respective governors. Republican Mary Fallin of Oklahoma has not yet decided whether she will sign it into law, whereas Republican Jeff Colyer of Kansas has confirmed he will.

“Catholic Charities and other adoption agencies are key to the fabric of our communities,” Colyer said Friday. “I look forward to signing this bill because it increases the opportunities for needy children to find loving homes.” A Fallin spokesperson says she is currently reviewing the bill.

Social conservatives argue there are both religious and secular reasons to insist that children have both a mother and a father.

“Well maybe boys and girls need role models of each sex. I know that's a terrible thing to say, but it is possible. It's certainly the case too that intact two-parent families have children that thrive more than broken families and broken families are a catastrophe for everyone,” Peterson argued in a speech last summer. He maintained there was “no evidence whatsoever” that the “traditional family unit is just another construct,” and “plenty of counter evidence.”

Democratic opponents attacked the measures as discriminating against same-sex households, but supporters say they’re necessary to prevent pro-homosexual activists from suing faith-based agencies out of business.

“This is a matter of activist groups who don't like certain religious beliefs and they want to use the power of the government to crush people that operate according to those religious beliefs,” Kansas Catholic Conference director Michael Schuttloffel said. Such efforts have caused religious agencies in Illinois, San Francisco, and Washington, D.C. to shut down, and Catholic Charities USA to cease adoption operations in Boston, Massachusetts.

Others, such as Oklahoma GOP state Sen. Greg Treat, suggested that the measure “aids and gets more people involved” in an overburdened adoption system by encouraging agencies to cooperate with the state without fear of religious discrimination. Treat also noted that the bill doesn’t forbid same-sex adoptions, but merely protects agencies from being compelled to facilitate them.

Pro-homosexual advocates are already planning a lawsuit against the Kansas law, and a lawsuit is likely in Oklahoma as well. The left-wing American Civil Liberties Union (ACLU) is currently suing Michigan over a similar law. The Supreme Court ruled in 2016 that states must recognize other states’ same-sex adoptions.

TechNet, a coalition of more than 80 technology companies including Apple, Amazon, and Google, sent lawmakers in both states a letter hinting that they would face a “dire” economic boycott if they enacted the measures.

Social conservatives have lamented the LGBT lobby’s success in blocking such bills by marshalling economic pressure, but infer that LGBT activists rely on such measures because they still cannot count on voters to side with them in a straightforward debate.