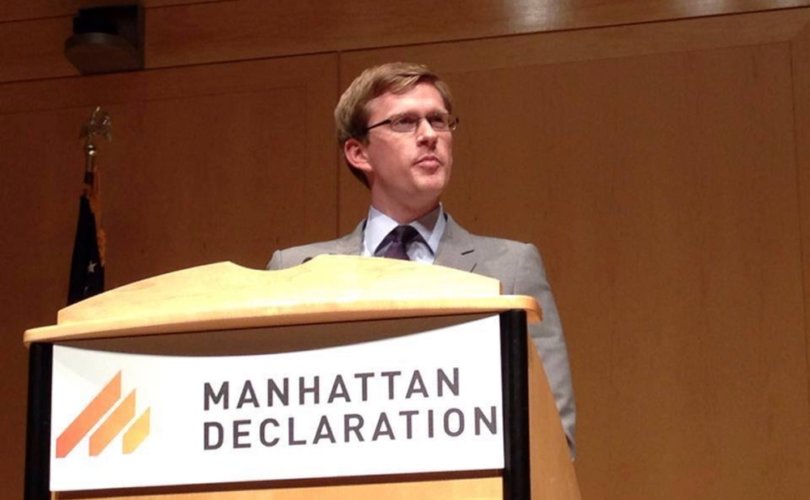 The resolution affirms “God’s design for gender as determined by biological sex and not by self-perception.”

While the Kansas GOP’s resolution attests to the dignity of all LGBT people, the statement also makes clear that it does not support medical procedures––hormonal or surgical––which aim to affirm people’s perceived, non-biological gender identities.

One intent of the resolution appears to be aimed at counteracting pro-transgender efforts now underway in Kansas’ public school systems.

The resolution goes on to point out that “multiple states have begun to prohibit licensed counselors from any attempt to assist children struggling with gender dysphoria.”

The author of the resolution, Eric Teetsel, proposed the measure during the GOP’s 2018 state convention.

“An ideology that says you can determine your own gender identity is broken and it’s going to lead to a lot of pain,” Teetsel told the Wichita Eagle.  “That’s why it’s important to bring us back to what we know to be true and good.”

“Ultimately, we are motivated by love,” continued Teetsel.  “It is concern for the well-being of others that drives us to seek out what is true and not just for society, but for them personally.”

“The Republican Party was founded on certain principles and we continue to stand on certain fundamental, timeless truths about the nature of man and what is good and how we should operate as a society,” Teetsel added. “And we can’t get caught up in fads and trends and worries about what people might think about us on a particular issue.”

The LGBT activist group Equality Kansas responded to the resolution on its Facebook page:

Denying science and attacking schoolchildren in the name of religion is not a recognition of “dignity.” This is a cheap election year attack by Sam Brownback's son-in-law, and yet another attempt to dehumanize those who do not fit inside the narrow world view of Brownback, his family, and his wing of the Republican party. Equality Kansas is incredibly disappointed that Kansas Republicans, on a day they should be focused on protecting children, promote such an undignified and crass assault.

The good-humored Teetsel reacted on Facebook, “ I don’t think I’ll be invited to the next Equality Kansas pancake breakfast.”

Eric Teetsel was the director of faith outreach for the Marco Rubio presidential campaign.  Before that, Teetsel was handpicked by Chuck Colson—of Watergate and post-prison transformational fame—to shepherd the Manhattan Declaration, an ecumenical coalition Colson launched in 2009 to bring Catholic, Orthodox and evangelical Christians together around the biblical values of life, religious liberty and traditional marriage.